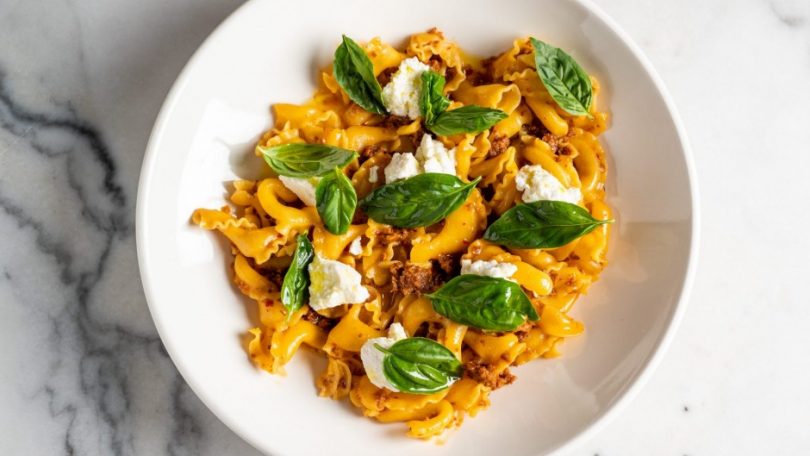 Dozens of Melbourne restaurants have opened mid-pandemic, only to close their doors and switch to takeaway menus. Here are a few that you can support through a very tough first year in business.

The super likeable Lene on Bridge Road has nimbly shifted its wine bar food into four-part menus for home, with dishes like jerk chicken, potato hash with pickled mussel and rum creme caramel. Raid the cellar of Paris-inspired wine cave Waygood and add a special bottle to a take-home pack featuring three courses and great cheese.

Kew locals can get acquainted with new neighbour Araliya, a Sri Lankan favourite that relocated from St Kilda. Start with crumbed lamb cutlets or tiny pies filled with seafood, followed by one of the deeply spiced curries with accompaniments.

In East Melbourne, Hemingway’s is cooking up generous boxes of hearty French fare such as bourguignon and cassoulet. Bounty of the Sun in Balaclava. Photo: Joe Armao

Nearby Kaoyum ticks the box for Thai lovers, with Issan specialties, delicate prawn omelettes and salads for days.

Pasta perfection and the snacky dishes you miss from restaurants are all yours at Abbiocco in Highett, while Japanese-ish funhouse Bounty of the Sun is keeping the laughs rolling with its McDonalds-themed takeaway menu of fillet o’ fish burgers, Japanese popcorn chicken and thickshakes.

And consider Mr Brownie in South Melbourne for a cheeky lockdown treat: pub meals go to India and come back as vindaloo pies and tandoori pizza.

Vegetarians will love Riso Diner’s Italian delights, like stracciatella with cime di rapa and black Jerusalem artichoke. Tucked in a small space on Fitzroy’s Rose Street, they weren’t able to trade in the first week of lockdown six due to nearby construction affecting their kitchen.

It’s wall-to-wall pasta at Al Dente, all of it crave-worthy. Luckily lots of it comes frozen, perfect for a freezer restock.

Gray and Gray, the Northcote restaurant sibling to All Are Welcome bakery, is rolling its jokes and its hearty Eastern Euro fare (pictured, right) into Don’t Take it to the Park packs each weekend, while Reservoir’s La Pinta concentrates on Med and Iberian flavours with equal flair.

Zsa’s in Northcote has options galore, whether you want hot or ready-to-heat food, have kids, don’t eat meat or want a cheeky midnight snack on hand.

Try all of Footscray Filipino eatery Chibog’s signatures in one go, if your household is big enough, thanks to its tight takeaway menu that features triple-cooked crunchy pork sisig, sticky fried chicken wings and kansi, a tamarind broth with braised osso buco and jackfruit.

Bar Thyme has transformed into a corner store, with take-home meals, fresh pasta, sweet treats and more, while Ascot Food and Wine, the cool dinner update to Ascot Food Store, is channelling some of its new magic via takeaway paccheri with vodka sauce, lobster rolls and more.

Our friends in the city have done it tougher than most. If the CBD is within your five kilometres, look there for your next break from cooking, starting with Big Esso by Mabu Mabu, Federation Square’s new Torres Strait-owned restaurant, which opened for one week in late July before the latest lockdown.

Come weekends, Nornie Bero (pictured, right) and the crew are cooking up food to grab and go, such as pots of pipis, salt-and-pepper crocodile and grilled skewers. Those further afield can order heat-and-eat boxes that cover omnivore, pescatarian and vegan needs and deliver to suburbs 15km from the city.

More grill action can be found in San Telmo’s new Japanese sibling Robata’s boxes, which bring the fun of yakitori and kushiyaki to your home. Just add gas.

Italian good-time gods The Hardware Club are bringing their pizzazz to Providoor with three menus for every mood (including trackpants on the couch).

Of course, there are dozens of old favourites you can support, too, to make sure they’re still there on the other side.