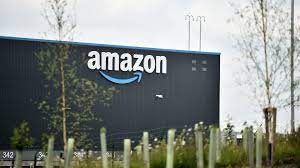 Amazon is getting pushback after announcing a plan that connects Alexa, Ring and other Amazon devices by default to a network that opens people’s broadband connection to shared use by others.

Why it matters: While users can choose to turn off such sharing, most people don’t change default settings, meaning their devices will automatically start sharing bandwidth after June 8.

Driving the news: Amazon’s plan calls for devices to connect automatically to its Sidewalk network and share a small amount of bandwidth to devices that don’t have an active connection.

Yes, but: The Amazon devices won’t be sharing a lot of your bandwidth, and the company has also posted a white paper on how it plans to keep such networks safe.