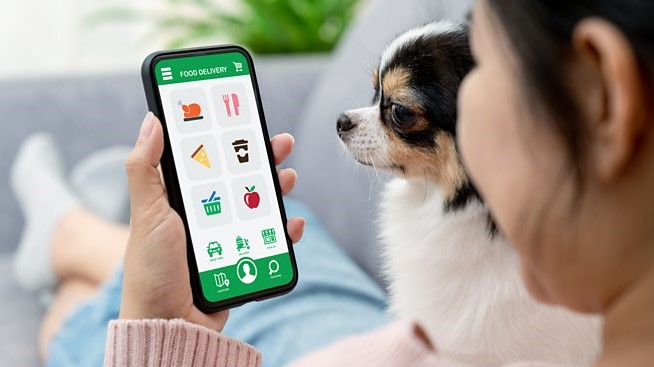 70 percent of Brits agree food waste is “bad for the environment”, according to food campaigners WRAP. It costs the average household hundreds of pounds a year. Apps can help us reduce the amount of food we throw away.

Almost two-thirds of household food waste comes from items “not being used in time”, says the WRAP report. Keeping an inventory of food and use-by dates can help prevent waste, and shopping-list apps can make this easier. Some, including Nosh, load purchases on your phone by scanning supermarket receipts. With many apps, you can switch on notifications to receive reminders of when food is going ‘off’. Recipe recommendations for using food up are also offered by a number of apps, including Green Egg Shopper and Love Food Hate Waste. And you can track the cost of your food waste using apps such as Wise Up on Waste.

Apps that give away food

If you have food you don’t want or can’t eat before its use-by date, you can list it on a sharing app such as OLIO, and someone in your area will pick it up. OLIO co-founder, Tessa Clarke thought up the idea when she was moving abroad – she didn’t want to throw her food away but had no one to donate it to. Online baking coach Kate Lieberman uses OLIO to avoid wasting bakes she makes when teaching classes. Everything on the app is free, with the exception of the ‘made’ section, where you can buy local homemade foods.

Since 2015, OLIO has gained over 2.5 million users, some of whom have become “Food Waste Hero” volunteers, collecting food from businesses such as supermarkets and redistributing it to the OLIO community via the app. There is a charge for larger businesses using the Food Waste Heroes programme, which allows them to have zero edible food waste, but the service is free for individuals and small businesses using the basic version of the app.

Restaurants, cafes and shops offer ‘magic bags’ of unsold food at a discount price towards the end of the day on Too Good To Go. When you reserve a bag you have an idea of what it contains but don’t know the exact contents, though previous reviews can help you decide if it’s worth the money. You collect it from the business at the allotted time. Too Good To Go is free to use, as it takes a cut from the meals sold. You know exactly what you’re getting on the Karma app, but as a Swedish start-up and relative newbie to the UK, the offerings aren’t as plentiful yet.

Apps that redistribute food to charities

Irish non-profit and registered charity, FoodCloud, connects food businesses with charities via an app. Breakfast clubs, hostels for the homeless, family support services and other charities receive notifications on the app from local food shops, telling them food is available for collection. FoodCloud also has ‘hubs’ where surplace food from farms and manufacturers is stored for charities to collect or have delivered.

It’s possible to check the environmental credentials of some foods using an app. The Marine Conservation Society’s (MCS) Good Fish Guide app shows which fish are in season and how to identify responsibly sourced seafood, and offers information such as how different types of fish are commonly caught. It identifies logos that certify best practice, and suggests recipes. “90 percent of world fish stocks are either fully or over-exploited from fishing”, they say.

Palm oil is the world’s most consumed oil, but its production can be problematic. Apps such as the Sustainable Palm Oil Shopping Guide and Palm Oil Scanner can help you find out if a food you’re buying contains sustainably sourced palm oil.

Some apps provide information on more than one food type. Not-for-profit app, Giki Social Enterprise, provides free data on branded and some own-label UK products by scanning barcodes. Products are awarded ‘badges’ for sustainability, health and fairness. It can also recommend alternative products with a higher number of badges. The app covers 14 areas of interest, including carbon footprint, sustainable palm oil, responsible sourcing and better packaging, by partnering with charities such as the World Wildlife Fund, the Soil Association and RSPCA Assured. If the product you scan is not on the database, you can add it to their list to check.

App OpenLabel checks the organic, fair trade and palm oil credentials of food products by scanning a barcode. And the US-based HowGood app, an independent research organisation, rates food products on their environmental and social impact.

Apps that help you shop local

“Buying local produce and meats can reduce your carbon footprint by 21 percent”, claims AWorld, the app supporting the United Nations’ campaign for individual action on climate change and sustainability ActNow. Sourcing foods grown locally is one of the sustainable habits it recommends adopting to lower your ‘foodprint’.

Farms are getting in on the app act to engage with local customers. App-based supermarket, Farmdrop, allows you to order food from 450 farmers and producers, who “follow environmentally and socially responsible farming systems”. Farmers and food makers local to their centre in North London drop off produce at the hub for distribution. (They also sell foreign produce such as bananas, but say they are “transparent”, providing information about the producer’s sustainability credentials.)

Kids can get involved too

Game-style apps for kids promise a fun and informative way to get involved with sustainability. The Gro Garden app explores organic farming through interactions with environmental characters such as Connie the Compost. The Gro Recycling app shows what happens to household rubbish. Conservation and waste-sorting practices are taught in a virtual world set in south-eastern Africa in the Eco-Warriors app. And Namoo-wonders of plant life includes augmented reality to showcase the life of plants and food production.