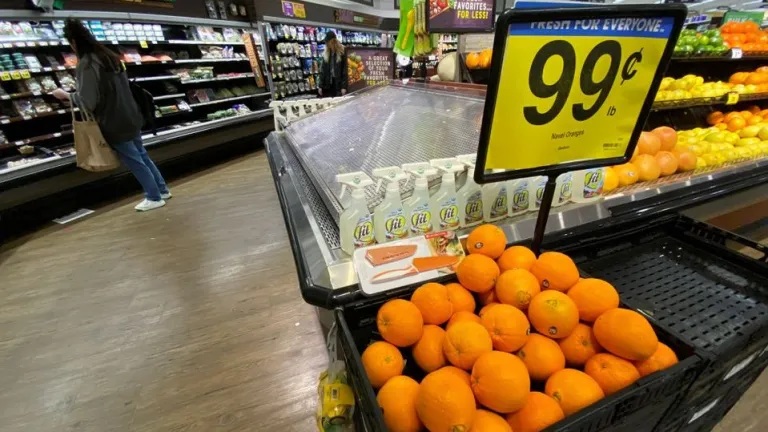 The New York Times first reported the plan to unveil the largest permanent benefits increase in the history of the government’s primary anti-hunger program, saying the change would result in average benefits rising more than 25% versus pre-pandemic levels.

Under the new rules, average monthly benefits, $121 per person before the pandemic, will rise by $36 starting in October, the newspaper reported, adding that all 42 million people in the program would receive additional aid.

At the same time, a temporary 15% increase in benefits as part of pandemic relief is set to expire Sept. 30. The $3.5 billion boost approved earlier this year provides about $27 more per person, per month, or over $100 more a month for a household of four, in additional food stamp benefits.

The USDA plans a media briefing on Monday to detail the changes, but a spokeswoman for the agency, Kate Waters, confirmed the Times report in an email.

Under a 2018 law, the agency has been evaluating its rules to estimate the cost of a nutritious diet called the Thrifty Food Plan, which is used to calculate food stamp benefits, which are formally known as Supplemental Nutrition Assistance Program (SNAP) benefits.

The Democrats added that “research shows that, while SNAP reduces food insecurity and improves health outcomes for recipients, benefits are too low to fully meet their nutritional needs.”

Last week, the senior congressional Republicans on two agriculture committees asked the Government Accountability Office to conduct an analysis of the USDA’s update of the Thrifty Food Plan.

The Times said the new plan would raise the $79 billion annual program’s costs by about $20 billion versus pre-pandemic levels.

The USDA said in 2019 that about 11% of the U.S. population was covered by the program.