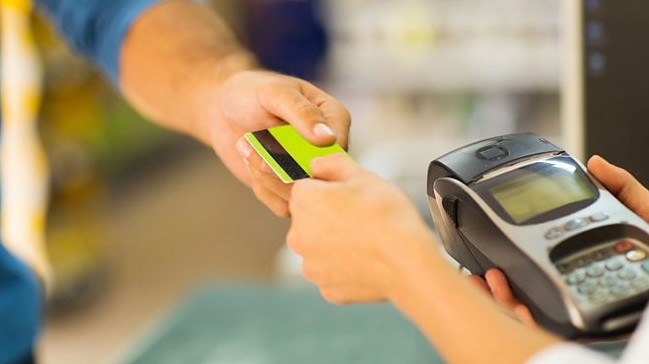 First of all, what does it meant to eat sustainably? The WWF Livewell diet offers a broad set of principles: eat more plants (enjoy vegetables and wholegrains); eat a variety of foods (have a colourful plate); waste less food; and moderate red and white meat consumption – you don’t need to cut it out but also enjoy other sources of proteins such as peas, beans and nuts. They advise buying food with a credible certified standard, such as fair trade and free-range, keeping sweet snacks and processed foods to a minimum, and avoiding sugary drinks.

In theory, a sustainable diet could save money, as it is more careful of resources, with less waste and a lighter footprint on the planet, for example by swapping out some meat and fish for cheaper plant protein sources such as beans. On the other hand, fresh produce can be more expensive than ultra-processed industrial food, if less nutritious.

Green meals are possible at all income levels, according to a 2019 study that went into the detail of the daily diets of more than 5,000 UK households with different incomes and the changes they could make to eat an affordable sustainable diet.

“There are lots of routes and you can make it convenient and work for you”, says lead author Christian Reynolds of the Centre for Food Policy, City University, London. “It’s about rebalancing – eating what’s in your kitchen but changing the amounts.” For example, some households could eat less of more carbon-heavy and costly foods, such as dairy, while others could save money and cut carbon by eating more vegetables and reducing their intake of meat.

In terms of eating more veg, you can stick with the ones you know and love if you wish, says Reynolds, but have bigger portions so you feel full, rather than noticing a smaller amount of protein on your plate. Tinned and frozen fruit and veg are fine in terms of sustainability, with energy-efficient supply chains making them good green options.

Hack your usual recipes to make a difference by using less energy, saving money at the same time. Microwaves are not just efficient at reheating; they are also good for cooking a wide range of foods, including vegetables and fish. Around 60 percent of the environmental impact of a baked potato comes from cooking it in an oven, according to a recent paper in Nature showing the carbon-cost of various ways of cooking the same foods. Instead, ping your spud in a microwave, then grill it for a couple of minutes on each side to get some of that baked potato character and aroma (I was sceptical – but it works!). You can find more microwave tips on BBC Food.

Sustainable cooking is not a question of one-size-fits-all, says Reynolds. “It depends your lifestyle”, he explains. “Using an oven for one is horrendously inefficient, but cooking for four, plus leftovers to microwave, makes it more reasonable.” Whilst slow-cookers and pressure cookers do save energy, you don’t need to buy kit to cook green, he says. But the single most eco-effective change you can make to the kitchen is to switch your energy supplier to one based on renewable energy, he advises. That might not be cheaper, but the more people who do, the more prices will go down.

Use your storecupboard better by mastering a useful set of dishes that can be adapted to use up what you have, rather than going out specially to buy lots of ingredients for one recipe, says Catherine Maxwell of ABC Cook (Anybody Can Cook), an organisation that shows a wide range of groups – parents with toddlers, families on tight budgets, the visually impaired – how quick, easy and cheap it is to feed yourself and a household. “Fish cakes can use all kinds of leftovers”, she says, such as potato and other vegetables. “If you’re making a bolognaise, you can chuck in half a head of broccoli that’s looking a bit pathetic in the fridge. Just because it isn’t in the recipe doesn’t mean you’re going to ruin it.”

The most obvious way to save money and lower your carbon footprint is to waste less. Whilst progress has been made on this front, Sarah Clayton of Love Food Hate Waste says UK households could still collectively save 4.5 million tonnes of food a year. “We’re not talking egg shells or chicken bones”, she explains. “We mean the last few bites from your plate that you couldn’t quite manage, or your bread crusts, or potato peelings – all stuff that could have been transformed into something delicious.” Those 4.5 million tonnes are enough to fill 38 million wheelie bins, or 90 Royal Albert Halls. “It’s a lot, but we have the power to change this”, she continues. A family of four can save £60 a month by doing the right things, according to the campaign’s calculations.

The Love Food Hate Waste website has sections on portion sizes, storing food well and recipes for leftovers. Its ‘Six life hacks to help on a zero-waste journey’ include how to lower energy bills simply by putting a lid on your saucepan – saving about 3 percent of energy per pan – and how to freeze greens before they reach the chuck-away stage.

A big saving can be made by simply having your fridge at the correct temperature. The average UK fridge is set at 7°C when it should be 5°C, resulting in expensive waste of ingredients such as milk and salads. Chill the Fridge shows how to adjust the temperature of different models of fridge and how to use it better so food lasts longer. You can find more tips for cutting food waste and using up leftovers on BBC Food.

Shopping seasonally makes a difference to cost when it comes to veg. What’s more, you can save money and carbon by using the whole plant. Sustainable chef Tom Hunt uses tops, tails, peelings and cores in his Root to Fruit recipes to save 15-70 percent of the value of your produce.

Bean queen Jenny Chandler has tips for practical and delicious recipes using pulses (lentils, beans and peas) – which have an especially low carbon-footprint, enriching the soil with nitrogen, and are light on precious water resources. The most basic dal costs around 30p per portion, she says, with garlic and ginger put in the pot with the red split lentils, and some sizzled spices and onion added at the end.

Chefs and cooks can be experts at no-waste cooking – it saves them money – and in recent years people like April Bloomfield and Hugh Fearnley Whittingstall have shared dishes such as Carrot top pesto and Waste-not soup, which sit alongside the likes of Hunt’s chimichurri sauce made with beetroot leaves, carrot tops or radish leaves.

Alongside eating up the whole of your greens, Hunt promotes eating a plant-based diet in general. “Cooking your own beans, pulses and grains from scratch is one of the most easy, rewarding, cost-effective, nutritious things you can do for yourself and your diet”, he says.

A 500g bag of dried chickpeas provides the basis of 10-12 portions of food and costs a little over £1. Cook the pulses in bulk and store them in the fridge (Chandler keeps them for up to 5 days), or freeze in batches to use as needed as a cost- and energy-efficient method. She favours fat, salt and spices as ways to transform your pot of pulses into bean feasts. “Never leave out citrus squeezed on at the end”, she says. “They scream for acidity and the vitamin C helps you to absorb the iron from them”. If using tinned beans, warm them up in a pan with oil or other fat before using them, she advises. You can find easy, cheap recipes for lentils and beans, including some from Chandler, on BBC Food. The British Dal Festival is another good source of recipes and pulse information.Budget bean recipes

Local food sales went up in the first lockdown, as people turned to trusted and adaptable suppliers who were close by. Buying directly from local producers can lower costs by cutting out the middle-man, especially on food such as organic vegetables and high-welfare meat, and means more of the retail pound goes to the producer. The produce won’t necessarily be cheap, but it can promote farming that’s good for the planet and provide a broader range of shopping options for your community.

Open Food Network (OFN) is an online platform that helps local sales to be easier for producers, small and large, making high-quality local food more accessible and affordable. Businesses can sell directly via the site or through food hubs – around 50 so far – that gather local foods together for easier distribution. These hubs often spawn other projects to make eating sustainably more accessible, such as inexpensive cooking classes (using up gluts) and voucher schemes for low-income households. They also enable a rich variety of producers to survive and thrive, encouraging sustainable farming and a viable local food system.

One hub, Tamar Grow Local, now in its twelfth year, runs an online farmer’s market through OFN and has a network of 60-70 producers taking just-picked, good-value produce into its community. Veg is picked to order, just before delivery. Such freshness means it lasts longer, so you are likely to waste less. “Small scale farmers can do a good job for the environment”, says Rachael Forster of Tamar Grow Local. Around 85p in every £1 spent goes directly to the producers. “There’s a need for people to afford food and find how to support producers. By purchasing from them you have a positive result for the local economy.”

Saving carbon isn’t only a question of careful budgeting. It’s also about choosing how and where to spend your cash. Chief executive of OFN Lynne Davis says good local food has many values and offers an alternative to the large-scale industrial food system. “We need to be diverse, not just in our farms and fields, but in our economy,” she says. “We can count carbon ’til the cows come home, but it’s also about how much vibrant and diverse life we can get into our world.”