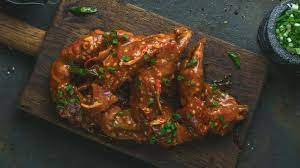 KOLKATA (Monitoring Desk): Chinese restaurant chain Chowman started in 2010 because its founder Debaditya Chaudhury felt there was a gap in the Kolkata dining scene.

The choice was between fine dining restaurants and, at the other end, Chinese eateries with cliched decor of red paper dragons, plastic crockery and low-quality ingredients.

In the 10 years since, the brand has opened 17 restaurants in Kolkata, which offer both dine-in and takeaway, ranging in space from 20-seater restaurants to 90-seaters. It’s become the go-to Chinese eatery in a city that popularised Chinese food in India.

Last year, Chowman arrived in Bengaluru, where the company runs three cloud kitchens. Mint caught up with Chaudhury, who also happens to front a Bengali progressive rock-band, Lakkhichhara, to talk about how the pandemic has impacted business, and the future of the food industry.

How would you describe Chowman in a market that’s crowded with Chinese restaurants in every format, from five-star to street-corner stall?

We describe our food as “evolved Chinese”. We are not saying that it is “authentic Chinese”, because the market for that is limited in India, but it isn’t your typical Indo-Chinese either.

It goes beyond Chili Chicken and Hakka Chow, though you will find those in our menus as well because there is a great nostalgic demand for these typical Kolkata-Chinese dishes. At the same time, you’ll also find delicate dimsums, crab wontons and minced pork in oyster sauce.

We import most of our sauces, and I travel extensively to refine the menu. The niche we fit into is a fine-dining experience at an affordable price point.

How did you settle on this niche?

I am a musician, and I have been travelling with my band across the globe for over a decade. I am also a big foodie, and I would always try the Chinese food wherever I went. Around 2002, I started doing a food show on a Kolkata FM channel, and began writing a food column. All this led to the realization that Chinese food in India hadn’t evolved and the menus all looked similar, and I wanted to break that. That’s how Chowman was born.

How did the pandemic impact your business? Would you say it set back your goals?

No, I wouldn’t say that at all. We have hit our expansion targets. Last year, after the first wave started, we opened three new restaurants in Kolkata. Yes, dining-in has been low, but delivery has gone up by over 25%. Profits are lower but we have not suffered losses. Just last week, when the lockdown in Kolkata was eased and dine-in was allowed for certain hours, we had people queuing up outside our restaurants. We have gone according to our plan despite the pandemic.

Breaking into a new market in the middle of the pandemic—what was that like?

Bengaluru was always on our radar. After consultations with prospective delivery partners like Swiggy and Zomato, we felt Bengaluru was the ideal next stop because of its young demographic and ease with ordering through delivery apps. There is a precedent of Kolkata restaurants opening in Bengaluru—maybe because it has a large young Bengali demographic. We have three cloud kitchens in Bengaluru, and are close to opening a sit-down restaurant in the Kamanahalli area, with two more planned for this year.