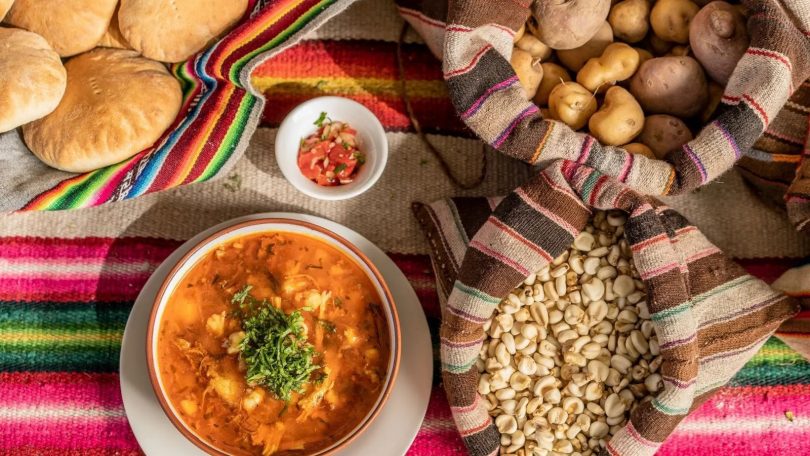 Piercing rays of light beamed down on the Chilean village of Villaseca as Luisa Ogalde placed a pot filled with cabrito (young goat’s meat) in an angular, transparent-topped box and angled it in the direction of the mid-morning sun. The cabrito, she explained, would stew in that box for four hours, slowly transforming into meat so juicy and tender you could slice it with a fork.

In another box nearby Ogalde placed rice, which she said would take 40 minutes to cook, and dough, which would need about an hour to become bread. Other boxes contained rabbit, chicken and pork, which would each simmer for about two hours under the fierce sunbeams that sizzle towns like this on the southern edge of the Atacama Desert.

“The benefit of living here is we have sun practically every day of the year,” said Ogalde, explaining that she uses it – instead of gas, electricity or firewood – to power her restaurant, Entre Cordillera Restobar Solar, which opened in 2018. The boxes are solar ovens and they work by heating meat the same way a parked car heats a human on a hot summer day. Ogalde has eight of them, as well as a parabolic solar cooker she uses to boil water and a solar dehydrator that lets her dry goat meat into ch’arki (jerky), which is a key ingredient in the traditional potato and pumpkin stew charquicán.

Ogalde uses the solar ovens to make other traditional stews, including beef- or chicken-based cazuela, and even desserts such as the flan-like leche asada with goat milk. “We’re rescuing all of the old recipes of the area and giving value to the homestyle foods of our grandparents,” she explained. Yet, while the recipes may be old, the way of cooking them is brand new.

Ogalde belongs to a generation of cooks who have opened solar restaurants in remote parts of Chile’s sun-baked Atacama Desert, which begins just north of Villaseca, ends at the Peruvian border and is known as the driest place on Earth. The Atacama has the planet’s highest solar radiation – 30% higher, on average, than the Mojave Desert of the US Southwest – yet few residents have harnessed that energy quite so imaginatively as these homespun chefs, who were inspired by an experiment that took place in Villaseca back in 1989. 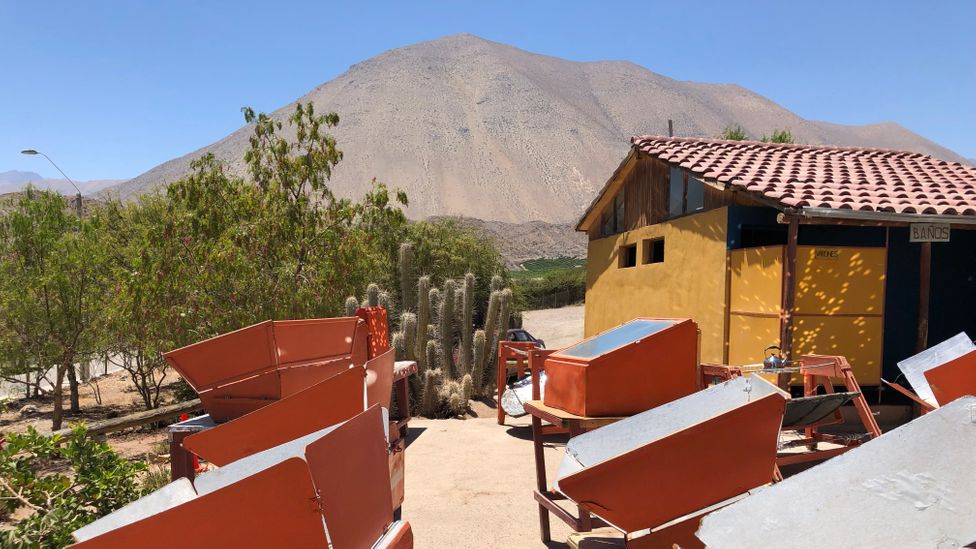 The story of how Chileans began cooking with the sun begins with Ogalde’s mother, Francisca Carrasco, a goat farmer in Villaseca who would become a solar cooking pioneer. Carrasco was one of a handful of people to participate in the experiment on solar cooking conducted by a team of researchers from the University of Chile’s Institute of Nutrition and Food Technology.

The goal of the study was twofold. Researchers wanted to help families in this isolated patch of the Elqui Valley to rise out of poverty with a free source of energy, but they also wanted to find a way for them to cook without deforesting the few remaining algarrobo, churqui and carboncillo trees for their traditional wood-burning stoves. Thus, from 1989 onward, a group of 25 families began experimenting, first with parabolic solar cookers that reflect sunrays onto a central grill, and then with the box-style solar ovens that are most commonly used today.

“Villaseca transformed into the first village in Chile to use solar power for cooking, and everyone was amazed with what was possible,” recalled Juan Ibacache, secretary of the Villaseca Trade Association of Solar Artisans. “Of course, everything took a bit of practice at first because if you didn’t turn the solar cooker to follow the movement of the sun, you would lose the heat and it wouldn’t work.”

At first it was just people cooking for their families, but then foreign tourists started arriving in town asking to see the people who cooked with the sun

Over time, the participating families made key observations that helped them perfect this new style of cooking. The parabolic solar cookers, they noticed, concentrated heat extremely fast and were a great replacement for things you’d normally do on a stovetop, such as boiling water. Meanwhile, the box-like ovens could both slow-cook stews and replicate a traditional oven for baking bread and deserts.

“At first it was just people cooking for their families, but then foreign tourists started arriving in town asking to see the people who cooked with the sun, which is when the idea was born to look for a place in Villaseca to form a solar centre,” Ibacache said.

In 2000, the association opened its first solar restaurant, Delicias del Sol, with capacity for 24 guests. It’s since ballooned in size to fit up to 130 diners and has spawned two other restaurants in Villaseca, including Ogalde’s, as well as a handful of other solar restaurants across Chile’s arid north. 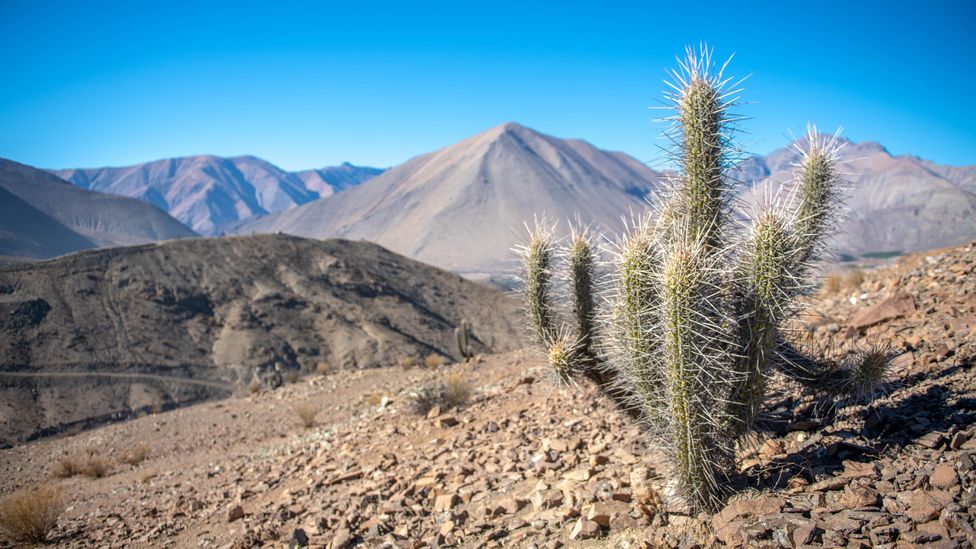 In the tiny desert oasis of Pica, on the far northern end of the Atacama, Ruth Moscoso runs the solar restaurant Qori Inti, which means “radiant sun” in her native Aymara language. Moscoso uses four parabolic solar cookers to prepare traditional Andean dishes. Many are made with quinoa and native potatoes that are grown by her relatives on the high-Andean Altiplano along the border with Bolivia.

“In our culture we have a strong environmental awareness,” Moscoso said. “So, we said, let’s do something that takes into consideration our traditions and our customs of caring for Mother Earth, but also our tradition of being thrifty and optimising what we already have here, which is sun and heat. So, it’s really a convergence of tradition and innovation.”

The vast majority of Moscoso’s ingredients come from her network of local Aymara people, while her energy source comes from Inti (Father Sun). She’s spent years melding the two to create solar-cooked versions of pre-Columbian Andean foods like chuño (a freeze-dried potato used in various dishes), sopa milinaria (a soup whose broth is made from llama bones) and kalapurka (a chilli-spiced stew).

“I wanted to include these typical plates that we do in the Altiplano, which are dishes most people have never tried,” she explained. In the process, she also gets “to promote a green consciousness that people will take away with them when they leave the restaurant”.

Moscoso is now innovating again with a special type of solar oven that cooks food inside a glass evacuated tube, which absorbs sunlight and turns it into heat to quickly bake or roast items you’d normally put in a traditional oven. With the help of a regional grant for small businesses, she purchased six of these solar cookers earlier this year, enabling her to add new dishes to her menu, including a bread made with quinoa flour and a solar version of huatia andina, a meat and potato feast typically cooked under hot stones in an earthen hole. 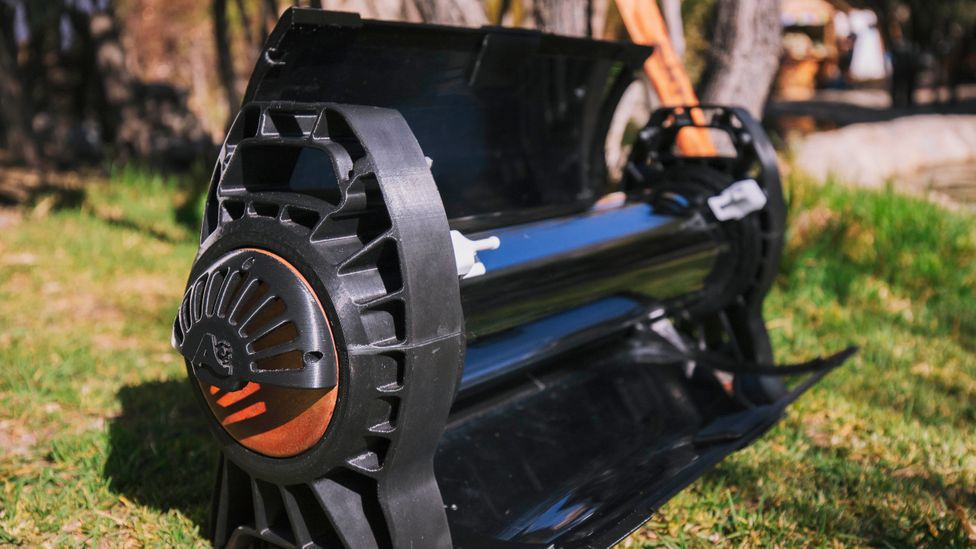 In the Chilean capital Santiago, new startup Antu Cocina Solar is launching a similar tube-style solar cooker developed under a circular economy model that benefits both users and the environment by turning plastic waste into a pollution-free appliance for everyday cooking. Javier Henríquez Hernández, Antu’s marketing manager, said the company hopes “to work on initiatives that can directly impact communities,” giving them new tools to cook in remote places and earn an income.

Chile’s Solar Energy Research Centre also aims to get more Chileans cooking with the sun. It created a tutorial earlier this year so that anyone with a few basic tools can make their own box-style solar oven at home.

What began three decades ago with some humble goat farmers in Villaseca has since become a growing trend across northern Chile. Yet, you won’t hear anyone calling this “sustainable dining”. When you’re blessed with a surplus of sunshine, cooking like this, local chefs say, is just a matter of common sense.