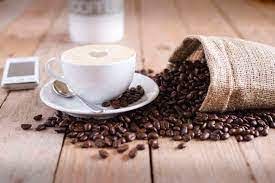 DUBAI (Arabnews): Buying a cup of coffee in the Gulf can be quite expensive.

Coffee lovers often bemoan the fact that their latte costs double in Dubai or Riyadh what it does in other countries.

What we might not realize, however, is that we are paying for a lot more than milk and beans in that cup of coffee.

Last week, social media was set alight by a complaint over the price of a $7 flat white in Dubai. Coffee lovers from Kuwait, Bahrain, Saudi Arabia and Qatar chimed in on whether the cost was justified. It begs the question: Why is coffee so expensive in this region?

Leon Surynt, owner of Nightjar Coffee, one of Dubai’s most popular coffee brands and cafes, said that it is “really hard” to keep his coffee affordable.

Nightjar imports its own beans directly from farms around the world, roasts them at its Alserkal Avenue roastery and sells to hotels and cafes across the country.

“You need to have multiple avenues, which is a bit of online, a bit of wholesale and a bit of cafe, to make money here,” Surynt says.

“We live in a society that has a low tax rate, but we also have many compliance costs.”

If we were to break down the cost of a latte at Nightjar ($5), Surynt says, the ingredients — milk and coffee — and the cup only account for about $1 or 20 percent. He estimates that staff wages and expenses, on the other hand, make up a whopping 30 percent, while rent is another 15 percent. Other overheads, such as government fees, marketing, admin and logistics mean his profit from that one latte is about AED 4 (or $1). And that’s not accounting for the cost of delivery aggregators, his salary and kitchen operations.

“There are a lot of hidden costs here,” Surynt said.

Samer Harkous, business development manager for Cypher Coffee, supplies hundreds of cafes in the UAE and overseas with green and roasted beans.

When pricing Cypher’s products, Harkous said rent and municipality fees must be built into the price of beans, and a profit needs to be made on top of that. The cafe selling those beans must then add on its own costs.

And roasting beans is a costly — and difficult — process.

Equipment is imported from overseas. Each bean requires a different roasting method, which is meticulously recorded on charts by staff, from monitoring the necessary temperature and gas levels to listening for the “first crack.”

Beans themselves command a range of prices. Cypher’s most expensive roast is from Yemen (up to $136 per kilogram) and its cheapest, and most popular, is from Brazil (between $16 to $82 per kilogram).

Ali Al-Fahad, founder of Earth Roastery, which was established in Kuwait in 2014 and has spread across the region since, adjusts his coffee prices depending on the country he operates in.

He said that Kuwait is the most expensive and logistically difficult location for a cafe business, while Dubai is the easiest and cheapest. That is why it took them until 2019 to open a café. Before that, he was solely selling wholesale coffee beans.

“Business here is very risky. Very few people can be successful,” he said. “When we opened the coffee shop, we understood that.”

Al-Fahad said their highest costs go on salaries and visa costs, followed by rent and logistics.

“Customers travel. They want the same quality and experience as they have in Europe. But to be on that level, you need to invest more.”

Cyrus Woo, deputy director at Bahrain’s Crust and Crema, said pricing was a “sensitive” subject when they opened.

“We had to be very careful. We only had other coffee shops to compare to, so we did market research and then did our own costing.”

Of the $4 it costs for an Americano or $5 for a latte, Woo agreed that what the customer is mostly paying for is staff salaries.

“If you factor in how much of the coffee and milk you’re going to use for one drink, those are the minimal costs involved,” Woo said.

“You’re paying for the atmosphere, overheads, marketing, utilities, rent, insurance, equipment and labor costs. The market is saturated, and baristas are in high demand, so you have to pay more for them.”

Woo said that while coffee makes more money than food at a cafe, for coffee to be profitable, a cafe has to “sell a lot.”

“We are a for-profit business. We need to be able to survive, but we don’t want to be greedy.

“I hope that when people come in and have coffee, they appreciate there’s a lot more involved, that they’re paying for the experience.”

So, when you’re handing over $7 for your latte, lamenting the expense, remember: You’re not just buying a coffee. You’re paying for your surroundings and for your barista’s wages. And actually, for $7, that’s pretty reasonable.