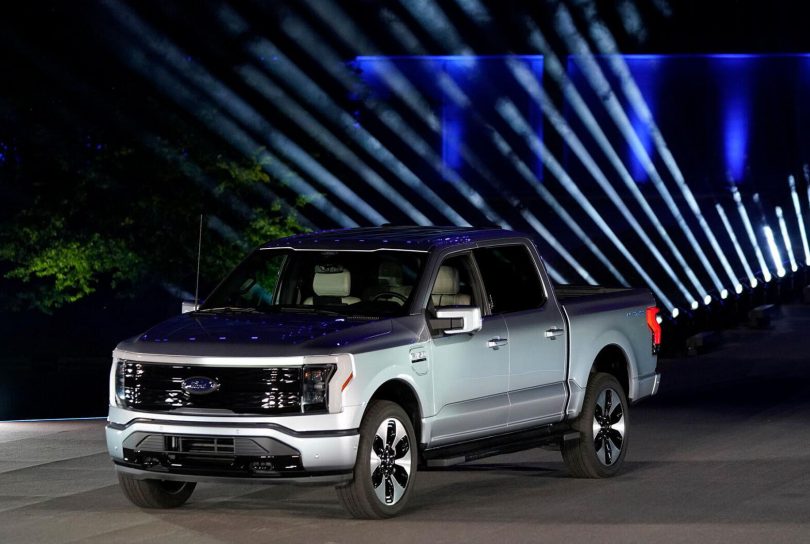 NEW YORK (AFP/APP): Ford once again is ramping up investment in zero-emission cars and expects 40 percent of volume by 2030 to be comprised of fully electric vehicles, the company announced Wednesday.

The US automaker said it will increase investment in electric vehicles, components and infrastructure to more than $30 billion by 2025, boosting the amount from the $22 billion target set in February.

The company last week unveiled an all-electric version of its bestselling F-150 truck in an eco-friendly reinvention of a flagship American car brand, and said it has received 70,000 reservations from customers in just one week.

“This is our biggest opportunity for growth and value creation since Henry Ford started to scale the Model T, and we’re grabbing it with both hands,” Ford CEO Jim Farley said in a statement.

Farley and other executives presented the plans in a virtual meeting with financial analysts and other stakeholders. Besides the battery-powered F-150, called the Lightning, Ford has begun selling the electric Mustang Mach-E sport utility vehicle and will soon bring the E-Transit cargo van to showrooms.

The company also is investing in producing its own batteries, and recently announced a joint venture with South Korea’s SK Innovation.

Farley said the goal is to reduce the cost of batteries by 40 percent by 2025.
Manufacturers have joined the growing move towards zero-emission vehicles to help address global warming. Ford’s main rival General Motors pledged in January to stop making diesel- or gasoline-powered cars by 2035.

While other automakers are pledging higher numbers, “none of them have relied on trucks and SUVs sales as heavily as Ford.” Elon Musk’s Tesla remains the dominant force in the electric car market, with a valuation of $580 billion compared to Ford’s $51 billion.

But with growing public interest for emissions-free vehicles, new entrants have joined the market including start-ups Rivian and Lucid.

However, electric cars still only accounted for 2.5 percent of all US sales in the first quarter, according to the specialist firm Cox.

US President Joe Biden has made the development of electric cars a priority.
His plan for massive investments in infrastructure currently under discussion provides several incentives, including the construction of a national network of 500,000 charging stations by 2030 and the conversion of 20 percent of school busses to run off electricity.

Ford also is taking on Tesla, setting a goal of “having about one million vehicles that are capable of receiving over-the-air system updates on the road by the end of this year, exceeding Tesla’s volume by July 2022.”

Among the initiatives presented Wednesday as part of the “Ford+” plan to boost growth, the company also announced creation of Ford Pro, a global vehicle services and distribution business devoted to commercial and government customers.

The company also has teamed up with Google to employ its cloud computing platform and also will employ Amazon’s voice program and other services from Apple and Microsoft.