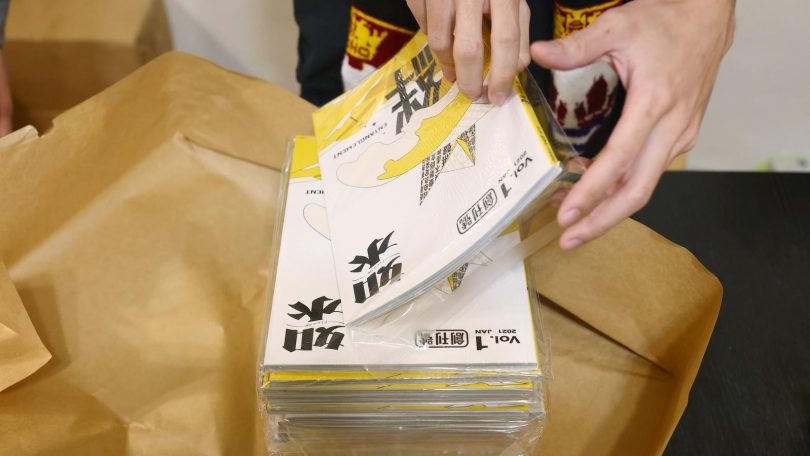 TAIPEI (Reuters) – A new magazine in support of Hong Kong’s struggle for democracy is reaching out to the diaspora and those still living in the former British colony, offering unvarnished commentary from the safety of Taiwan where it is published.

Democratic Taiwan has emerged as a place of refuge for some Hong Kongers, to Beijing’s anger, especially after China’s enforcement of a tough new national security law in Hong Kong last year.

In Chinese the new quarterly magazine is called “be water”, after a tactic protesters used to evade Hong Kong police and inspired by a maxim of home-grown martial arts legend Bruce Lee that encourages them to be flexible or formless.

The first issue came out in January.

Called Flow HK in English, the magazine’s editor-in-chief is exiled activist Sunny Cheung, and its editorial board includes other well-known campaigners.

Chiang Min-yen, a Taiwanese activist who works from the magazine’s small Taipei office and also sits on the editorial board, told Reuters the publication wanted to provide a forum for discussion and how to continue the fight for freedom and democracy.

“People are thinking about what’s next for Hong Kong and what can Hong Kongers do – how can people support Hong Kong and oppose the authoritarianism of the Communist Party,” he added.

The magazine encourages Hong Kong subscribers to get the electronic version due to security concerns about police potentially finding a physical copy in people’s homes.

Hong Kong authorities maintain that freedom of speech and that of the media are intact, but say national security is a red line.

The national security law punishes anything China considers subversion, secessionism, terrorism or collusion with foreign forces with up to life in prison.

In his piece for the inaugural edition, Cheung urges people not to give up, saying the resistance movement is like a buried stream of fire ready to become a river.

“Overseas Hong Kongers must fight, and will not give up on their dream to go home. If you are not free in Hong Kong, then what is the use of freedom?”