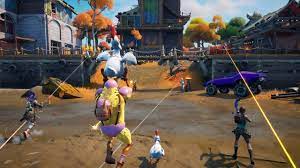 During the third week of the Epic-Apple trial, Apple executives have portrayed their company as a benevolent and helpful gatekeeper to iPhone users and app developers.

Why it matters: It’s been Apple’s turn to present its side in a trial that will determine whether its restrictions on its app store are illegally monopolistic.

Epic’s lawyers countered midweek, presenting Schiller and other Apple as stewards of a company facing global regulatory pressure over its market power.

Discussion about steering app users to websites as a way to get around Apple’s limits has come up repeatedly and has prompted questions from Judge Yvonne Gonzalez Rogers.

What’s next: Apple is expected to conclude its side of the case tomorrow when it calls company CEO Tim Cook to testify.