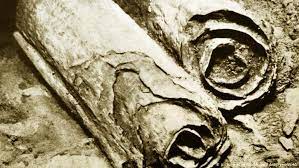 The biblical story of the Passion of Christ tells of how Jesus of Nazareth was condemned to death and nailed to the cross at the orders of Pontius Pilate, the Roman governor of Judea.

Much of the story is based on accounts in the Bible’s New Testament and not all of it is historically verified.

Did Jesus Christ even exist?

Little is known about those ancient days from a purely historical perspective. Even the method of Christ’s execution — crucifixion — is hardly documented at all as a widespread punishment in antiquity.

Gunnar Samuelson, a historian at the University of Gothenburg in Sweden, studied all the Greek, Latin and Hebrew/Aramaic sources he could find to learn more about crucifixion. The research into his doctoral thesis in 2010 took him all the way back into antiquity — from Greek philosopher Homer into the 1st century CE. But Samuelson found that there was hardly any recorded evidence of crucifixion as a common method of execution from that period.

But archaeologists have discovered nails with DNA traces on them at the site of today’s Church of the Holy Sepulcher in Jerusalem, although there still is no scientific proof that it was indeed Jesus Christ who was crucified and later laid to rest at that site.

However, there is little doubt that Jesus Christ in fact, did exist. “The details have been debated for centuries, but no one who is serious doubts that he’s a historical figure,” Eric Meyers, archaeologist and professor emeritus of Jewish studies at Duke University said in an article published in the National Geographic magazine.

A different perspective on Jerusalem

Stories from the Bible often move in the mythical realm; they cannot be proven right archaeologically.

For example, Jerusalem is described in the Bible as the epicenter of King David’s great empire. In truth, however, according to the book “The Forgotten Kingdom. The Archaeology and History of Northern Israel” by archaeologist Israel Finkelstein, Jerusalem was nothing but a one-horse town at the time.

This is exactly why there are new questions and research approaches being raised all the time. Findings in archaeology have become an important source for Bible researchers from around the world because they examine, support or reject biblical arguments.

Materials and artifacts retrieved from excavation sites that date back to the time of Jesus Christ are constantly being evaluated in relation to their respective historical context — with great success.

For example, archaeological excavations in the Old City of Jerusalem have been unearthing more than just the remains of the ancient city walls there. Along with the walls, they have unveiled unexpected finds and new insights reaching back to the Old Testament era.

“You can read (the Bible) as a religious book, but you can also use it as an archaeological source,” Dirk Schmitz of the Romano-Germanic Museum in Cologne told DW. At least in that regard, he says, the Bible has its own scientific merit.

“If you want to explore that time period, when Jesus Christ is reported to have come to Jerusalem during (what now is considered to be) the Easter season, where he was arrested and brought before the Roman governor — these are all references to institutions that you can find from historical records.”

Schmitz said that Biblical records as such did not exist until 50 or 60 years after Christ’s death: “Before that, it was all passed on orally… Something or the other does get altered. Now, imagine written accounts 200 or 300 years later. Against this background, you have to ask yourself, of course: how precise is the historical accuracy of these accounts? Such things are always colored, they are never objective reports.”

Jerusalem: A Paradise for Archaeologists

A village in the city

Jerusalem is arguably the most contested city in the world, the site of centuries of religious conflict. Synagogues, churches and mosques exist side-by-side, both above and below ground, where thousands of years of history lie buried. As recently as spring 2020, this village from the 2nd century B.C. was excavated in the ancient City of David. It is said to date back to the Bronze and Iron Age.

Recently, archaeologists discovered a hiding place for ammunition in an old cistern under the Western Wall. It was apparently placed there by Jordanian forces during the Six-Day War between Israel and its Arab neighbors in 1967. At that time, the old city of Jerusalem belonged to Jordan, but after Israel’s victory it fell under the control of the still young state.

Archaeologists also benefited from the annexation of east Jerusalem in 1967. After a district near the Wester Wall was demolished, excavations began and are ongoing to this day. In 2017 fragments of a theater and long-hidden sections of the Western Wall were uncovered. Archaeologist Tehillah Lieberman (pictured) described them as likely the best stones of the Wall known today.

A mosaic for the emperor

Near the Damascus Gate, in the north of the old town, construction workers found this 1500-year-old mosaic with the name of Byzantine Emperor Justinian I. It was discovered in a room that was probably used as a pilgrims’ hostel. It was a miracle find for excavation director David Gellman: “Every archaeologist dreams of finding an inscription, especially one so well preserved.”

Clay vessels discovered in a palace in Jerusalem and a 5000-year-old Egyptian brewery near the border to the Gaza Strip revealed more than just details about ancient pottery: Yeast colonies were found hidden in the microscopically small pores of the shards. Thus, in 2019, archaeologists and microbiologists were able to brew beer and honey wine from ancient yeast for the first time.

In search of the city wall

The German archaeologist Dieter Vieweger and his team spent five years searching for the ancient city wall of Jerusalem on Mount Zion. But it turns out that in Old Testament times, the wall did not run where the researchers had suspected. The revelation has not deterred Vieweger, and the search for the original wall continues.