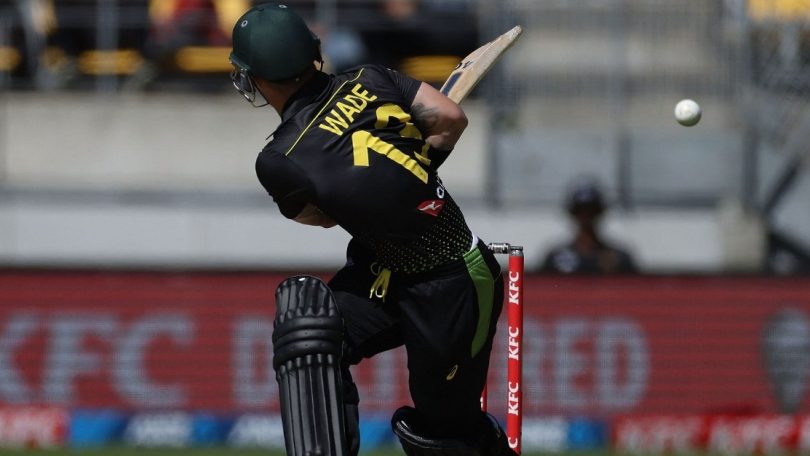 Wellington (AFP) Matthew Wade shrugged off a string of low scores to hit a quick-fire 44 as Australia struggled to 142 for eight in the face of an experimental New Zealand spin attack in the Twenty20 decider in Wellington on Sunday.

With the series locked at 2-2, and every game won by the side batting first, New Zealand captain Kane Williamson put his faith in his slow bowlers after Australia won the toss and elected to bat.

Spinners bowled 12 overs, the most for New Zealand in a Twenty20 match, and took four of the eight wickets.

Ish Sodhi finished with 3-24 off his four overs, Mitchell Santner conceded only 21 runs from his four and Hong Kong-born Mark Chapman, bowling for the first time for New Zealand, took 1-9 off two.

Wade, who had averaged less than 14 through the first four games, remained unruffled.

The regular opener was dropped down to number three, although it was a brief respite after the promoted Josh Philippe lasted only eight deliveries before he was the first to fall for two.

Wade’s 29-ball innings produced three fours and two sixes. He lost his wicket when New Zealand turned back to pace bowler Trent Boult who had the wicketkeeper-batsman caught in the deep.

Boult also accounted for Philippe while Tim Southee removed Mitchell Marsh and Jhye Richardson in the final over.