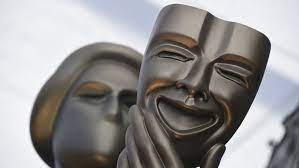 LOS ANGELES (AP) — Several Oscar hopefuls will reunite at Sunday’s Screen Actor Guild Awards, albeit in the same virtual, socially-distanced way that most gatherings have happened in the last year.

Normally held in a star-packed ballroom in Los Angeles, this year’s ceremony will be a stripped down, hourlong affair that aims to deliver its annual celebration of the best film and television actors through pre-taped segments. The show will feature more of the SAG Awards’ signature opening “I Am an Actor” segments in which stars describe what their craft means to them.

Competing for the show’s top honor, outstanding film ensemble, are “Ma Rainey’s Black Bottom,” “Minari,” “One Night in Miami,” “Da 5 Bloods” and “The Trial of the Chicago 7.”

The category is a reliable bellwether of which film will win best picture at the Oscars, including last year when “Parasite” took home both honors. (Actors make up the largest percentage of Academy Awards voters.)

Chadwick Boseman, who died in August at age 43, is nominated individually for his performances in “Ma Rainey’s Black Bottom” and his supporting role in “Da 5 Bloods.” He has four total nominations from the ensemble nods, which set a record for film nominees.

In the television categories, “The Crown,” “Schitt’s Creek” and “Ozark” are the leading nominees. All of the female leads in a drama series nominees came from either “The Crown” (Gillian Anderson, Olivia Colman, Emma Corrin) or “Ozark” (Laura Linney, Julia Garner).

The show will air live on TNT and TBS at 9 p.m. Eastern.