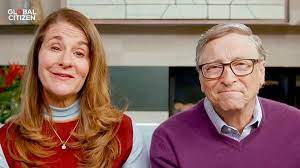 The third-richest man on the planet, Bill Gates, is also one of the largest private owners of farmland in the US. He is known for supporting environmental innovation, but his farming plans have been secretive until now.

In January, US magazine The Land Report —which tracks land transactions and produces an annual list of the 100 biggest US landowners — revealed that Bill and Melinda Gates have one of the largest portfolios of private farmland in the US, with assets totaling more than $690 million (€590 million).

The magazine editor, Eric O’Keefe, was researching a purchase of 14,500 acres of prime Washington State farmland and found that the buyer was a small company in Louisiana, acting on behalf of Cascade Investments, the investment firm that manages most of the huge fortune belonging to Gates.

Gates’ holdings, it turns out, include large tracts in Illinois, Iowa, Louisiana, California and a dozen other states. With the Washington State acreage and other recent additions to his portfolio, O’Keefe calculated that Gates owns at least 242,000 acres of American farmland, the largest holdings in Louisiana (69,071 acres), Arkansas (47,927 acres), and Arizona (25,750 acres).

Most things Gates gets involved with have been appropriated by one conspiracy theory or another, and this is no different. Some argue that Gates is buying up land to indulge in futuristic experiments in urban dwelling or the creation of new food.

But the reason for the move may in fact be more prosaic: It’s a good investment, with low volatility, not closely tied to the stock market and can be deployed as an inflationary hedge.

Gates has spent years diversifying his $129 billion fortune through Cascade Investments. Michael Larson runs the Washington-based asset manager, as well as supervising the Bill and Melinda Gates Foundation’s $50 billion endowment. “The arrangement is simple,” The Wall Street Journal wrote in a 2014 profile. “Mr. Larson makes money, and Mr. Gates gives it away.”

“Land has been an attractive investment for many years, producing dependable returns for investors and owners over a long cycle, with a primary focus on delivering food, fiber and fuel to a resource-hungry world,” Emily Norton, director of Rural Research at real estate firm Savills, told DW.

“Investors are now showing appetite for the next paradigm of economic thinking, where land is managed in a way to give back as much (if not more) than we take from it,” she adds.

Climate mitigation is another key motivation, with investors plowing money into an asset class where long-term gains from productivity increases are expected as population growth pushes up demand for more and higher quality food.

The farmland sector has been heating up in the wake of the news. The farmland real estate investment trust (REIT) Farmland Partners, which owns 156,500 acres in 16 US states, has seen its traded value more than double since November and is trading near an all-time high since its 2014 IPO. Gladstone Land, another farmland REIT that owns 127 farms comprised of 94,000 acres, trades at an all-time high.

Farmland in the area of Washington State where Gates made his latest purchase is valuable, with prices between $10,000 and $15,000 per acre, above the state average of about $2,000. Globally, the Savills Global Farmland Index indicates an 11% compound annual growth rate from 2002 to 2019. Farmland funds raised $5.7 billion in 2019 before inflows fell to $2 billion in 2020, according to Preqin data.

“Bill Gates, co-founder of Microsoft, has an alter ego,” O’Keefe wrote: “Farmer Bill, the guy who owns more farmland than anyone else in America.” Gates — who stepped down from day-to-day involvement Microsoft in 2008 — has long been looking for ways to help the world’s poorest and to address the planet’s environmental challenges.

Not related to climate change

When asked during a discussion on Reddit why he’s buying up so much farmland, Gates said it wasn’t connected to climate change, adding that seed science and biofuel development were the major drivers of the acquisitions.

“The agriculture sector is important. With more productive seeds we can avoid deforestation and help Africa deal with the climate difficulty they already face. It is unclear how cheap biofuels can be, but if they are cheap it can solve the aviation and truck emissions,” he wrote.

But the decision, he said, came from his investment group. Cascade Investment is also is a shareholder in the plant-based protein companies Beyond Meat and Impossible Foods as well as farming equipment manufacturer John Deere.

In January, the Bill & Melinda Gates Foundation announced it was creating a nonprofit entity called Gates Ag One that it said would “speed up efforts to provide smallholder farmers in developing countries, many of whom are women, with access to the affordable tools and innovations they need to sustainably improve crop productivity and adapt to the effects of climate change.”

But the process of consolidation of land ownership in the US appears to be moving in the opposite direction. Many farmers lease at least some of the land they cultivate. Very large farms, which number almost 200,000, produce 63% of agricultural products in the US, but there are 1.9 million small family farms.

According to Bruce Sherrick, a professor of agricultural economics at the University of Illinois at Urbana-Champaign, about 60% of row-crop farmland in the Midwest is leased. The landowners include investors like Gates. Although the global farmland market is still highly fragmented, investment by financial institutions and wealthy individuals has risen since the financial crisis.

Others suggest Gates’ move is also motivated by the need to buy carbon neutrality across his portfolio.

Analysts expect measures of carbon emissions and biodiversity to become more formalized, with the possible introduction of new carbon taxes.

“Farmland offers an excellent means to diversify a tech-heavy portfolio,” O’Keefe told Crosscut. “It’s a sound counterbalance with proven rates of return. In addition, given the scale of Bill Gates’ investments, he has ample opportunity to build a team of superior agricultural managers, which is precisely what one sees at Gates’ farmland firm, Cottonwood Ag Management.”

On the brighter side

American agriculture is being transformed as farmers employ new technologies and Big Data to help them manage their crops.

That can mean better yields with decreased use of fertilizers and pesticides. With proper techniques, the carbon from decaying plant matter can be kept safely in the soil rather than entering the atmosphere in the form of carbon dioxide.