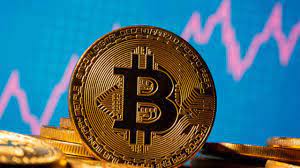 NEW YORK: Bitcoin fell to $39,262 on the Bitstamp exchange. That is roughly 30% above its Wednesday low, but just below its 200-day moving average. Rival cryptocurrency ether also came under pressure on Friday, falling 2% to $2,714.

Bitcoin has been on a wild ride this week, largely thanks to more tweeting by Elon Musk, along with tougher regulation in China. It was back above $40,0000, Thursday.

That is even despite a new announcement by US regulators that they will require larger cryptocurrency transfers to be reported to its Internal Revenue Service. The Federal Reserve has also flagged a closer look at cryptocurrencies.

Fed chair Jerome Powell released a message about how “technological advances are driving rapid change in the global payments market”. He also flagged that it was looking at issuing its own digital currency.

Rabobank’s head of financial research for the Asia-Pacific, Michael Every, said regulating cryptocurrency would diminish its ability to act as a true money substitute.

“Imagine if every time you transferred more than $10,000, as businesses do multiple times every day, you had to: report it; and pay a tax rate, let’s assume 15 percent on the difference in the exchange rate of USD against EUR in a world where EUR/USD moves 30 percent in a day,” he said.

“It makes crypto unviable at any scale; and if there is no successful strategy for that scale to emerge, then any recent increase in pricing is just speculation.”