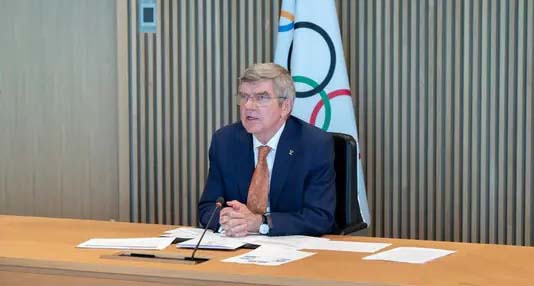 LAUSANNE, Switzerland (AP) — Brisbane will be offered as the 2032 Olympics host for International Olympic Committee members to confirm in Tokyo next month.

IOC president Thomas Bach said after an executive board meeting Brisbane can be awarded hosting rights at a July 21 meeting ahead of the Tokyo Olympics opening.

Brisbane is set to be the first Olympics host selected unopposed under a new system to streamline and speed up bidding campaigns.

The Australian city was put on the fast track to victory in February when the IOC named it as the preferred candidate.