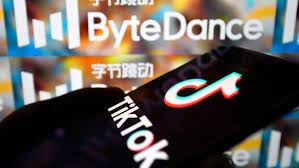 Chinese regulators have called on 13 online platforms to adhere to tighter regulations in their financial divisions, as part of a wider push to rein in China’s tech giants.

They include Tencent and ByteDance, the parent company of TikTok.

The authorities said the aim was to prevent monopolistic behaviour and the “disorderly expansion of capital”.

For many years, Beijing took a hands off approach to encourage the tech platforms to grow.

But official scrutiny of their platforms has stepped up as they have branched out into financial services.

“At the same time, some financial services were running without licences, and there are serious rule violations in areas such as regulatory arbitrage, unfair competition and damaging consumers’ interests,” it said.

The meeting focused on the financial platforms of some of China’s biggest technology companies.

They were ordered to set up financial holding companies, a move that tightens capital requirements.

They were also asked to draft “business rectification” plans to comply with regulations, cut “improper” links between their payment tools and other financial products and break “monopolies” in holding data.

The regulators’ wish list appears broadly similar to a list of demands they made of Alibaba’s affiliate financial company Ant Group earlier this month.

Ant Group’s mega $37bn (£27bn) share market launch was derailed by regulators in November over concerns about its finance model.

Ant’s affiliate company Alibaba was earlier this month hit with a record fine of $2.8bn on Friday over monopoly concerns.

Analysts say the fine shows China intends to move against internet platforms that it thinks are too big.