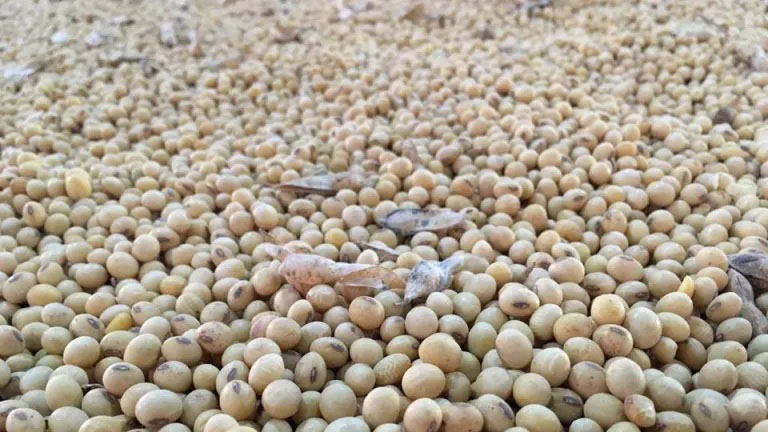 BEIJING/SINGAPORE, July 23 (Reuters) – (This July 23 story was corrected to reflect China soybean imports figures for June and July, 2020, and June, 2021, in the 19th and 20th paragraphs by shifting the decimal points one position to the left; it also corrected y/y percentage change for July imports accordingly)

China’s soybean imports are set to slow sharply in late 2021 from a record first-half tally, confounding expectations for sustained growth from the top global buyer and denting market sentiment just as U.S. farmers look to sell their new crop.

A collapse in hog sector profitability and a sharp rise in wheat feed use are crimping demand in China, where imports this year may now be less than 100 million tonnes, compared with a recent U.S. forecast of 102 million tonnes.

As China accounts for 60% of global soybean imports, its diminished appetite – just as U.S. farmers pull in what is projected to be their third-largest harvest ever – stands to add further volatility to the critical crop, which rallied to nine-year highs this year.

“Soymeal demand is reaching rock bottom. Basis is now at minus 120 yuan (in northern China), lowest this year. Demand might come back up, but it sucks now,” said a manager with a crusher in northern China that processes two cargoes of soybeans on average per month. “We can’t really place orders to make purchases. The volume of U.S. soybean exports will surely be affected.”

His plant only had one cargo booked for August, while normally it would have been fully booked until after October. As it stands, crushers in key soy processing hub Shandong would lose nearly 400 yuan with each tonne of the oilseed crushed.

China imported a record 48.95 million tonnes in the first half of 2021, up nearly 9% on the year as hog herds recovered from a deadly disease outbreak and top producer Brazil shipped a record crop. Now, however, demand is stumbling, analysts say.

“The (imports) momentum earlier in the year was quite strong. But then since May, year-on-year increase of imports has been slowing down,” said Zou Honglin, analyst with Myagric.com, a trade website.

A key driver of the slowdown in soybean use has been the reversal in hog margins, which started the year strongly as farmers tried to rebuild herds after a deadly outbreak of African swine fever (ASF), but then collapsed along with pork prices as fresh ASF outbreaks sparked herd liquidations and a surge in pork output. read more

Hog margins in China currently range from -150 yuan to 84 yuan, down more than 100% since the beginning of the year. ,

“The market kept lowering estimates on full-year imports. It is very obvious that protein consumption increase lags far behind the increase of feed consumption,” said Zou, who has lowered his full-year China soybean import estimates to 97 million tonnes.

Another critical factor has been a change in feed mix in China, which reduced the volume of soymeal required in animal rations. read more

In comparison, the volume of soybeans crushed during the same period rose 1.62% on year, to 42.63 million tonnes, according Myagric, tracking soymeal’s reduced share in feed.

“Demand is not as good as expected; a large volume of wheat and rice are going into feed, which would displace a lot of soymeal,” said another manager with a major crusher that has plants across China.

The manager added that some top feed producers who bought soymeal earlier were now reselling the contracts.

Rising soymeal stocks also indicated slower consumption. Soymeal inventories held by major crushers climbed 19% in June from the month before. They are 20% above year-ago levels, and about 7% higher than the three-year average for this time of year, according to the China National Grains and Oils Information Center.

The high level of wheat in feed mixes is expected to continue into next year.

July arrivals were seen at 8.3 million tonnes, with the majority originating from Brazil, according to Refinitiv. That’s down 18% from 10.09 million tonnes in the previous year.

“The signs don’t look optimistic for a recovery at the moment. Domestic crush margins are still in the red while soymeal inventories remain high, said Howie Lee, economist at OCBC Bank. “Using U.S. new crop orders as a proxy, China has not been placing as much bids for the new U.S. soybean crop compared to 2020.”