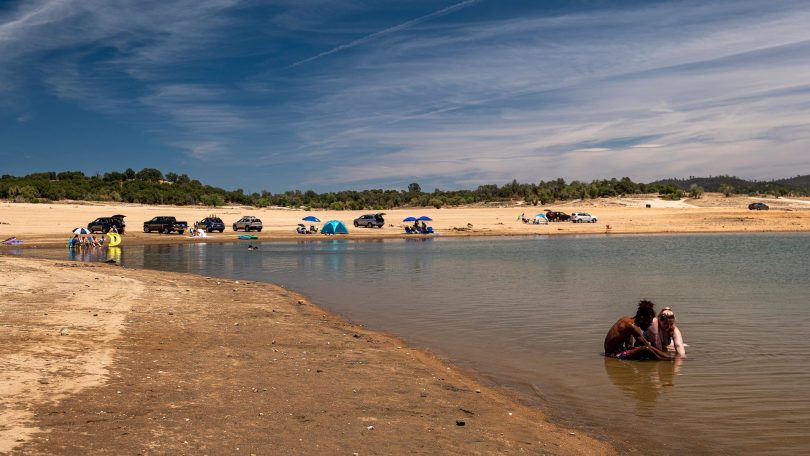 CALIFORNIA (Axios):The prolonged and widespread heat wave in the West, along with the region’s increasingly severe drought, is a sign of how climate change has already tilted the odds in favor of such extremes, studies show.

Why it matters: The rapidly growing Southwest, in particular, is also the nation’s fastest-warming region. The combination of heat and drought could lead to a repeat, or even eclipse, the severity of 2020’s wildfire season in California and other states.

State of play: Temperatures are likely to climb well into the triple digits across most of California through the weekend, and in a half-dozen Western states.

The other side: While the West is dealing with record heat and drought, the eastern U.S. will see the opposite problem — too much water, as a tropical depression or possibly a named storm, to be called “Claudette,” comes ashore along the Gulf Coast.

Threat level: The California ISO, which operates the state’s electrical grid, is asking residents to conserve power amid expected spikes in demand.

Context: Human-caused climatechange already makes present-day heatwaves about 3°F to 5°F hotter than they otherwise would be, according to climate scientist Michael Wehner of Lawrence Berkeley National Laboratory.

The big picture: A study published Thursday in Nature Climate Change found that in the Southwest, there’s increasing overlap between extreme heat and very dry days, and that soil moisture conditions during June play a particular important role in this trend.

What to watch: At the same time as brutal heat and drought is affecting the West, the East will be experiencing the opposite problem — too much water.

A brewing tropical weather system, which may earn the name Tropical Storm Claudette prior to making landfall in coastal Louisiana this weekend, is forecast to dump between 10 and 15 inches or more of rain along the Gulf Coast.