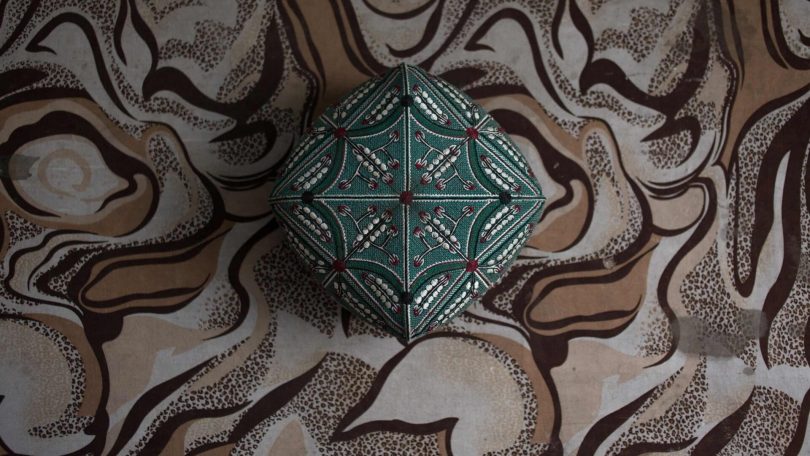 Dzhigit-beshchi is the name Uighur people in Kyrgyzstan give to the leader they elect for their mahallah – or community. Usually it’s a respected person, mostly an elderly man.

Pushed out of China during the repressions of the 1960s, tens of thousands of Uighurs went to the former Soviet Union when these ageing leaders were just young men. Sticking closely to relatives and acquaintances who had come to Soviet cities and villages in previous waves, they appointed dzhigit-beshchi for each mahallah.

The responsibilities of the dzhigit-beshchi are not written down, but everyone knows they must be kindly and look after the neighbourhood and those in need. A dzhigit-beshchi helps to sort out disputes, organise weddings, celebrations, feasts, funerals. All go him for help when they need it.

“We came from China to the USSR when I was 22, and ever since then we’ve lived in Kyrgyzstan. I’m the general dzhigit-beshchi, and the owner of the local mosque. I built it myself.

“Since I became the dzhigit-beshchi, four people without any relatives died in our settlement, with no one to bury them. I was the one to bury all four. Raised the money and buried them.

“I can’t sit in one place without working, I’m always on the street, with the guys, with the people.”

“I was 23 when my family and I moved to Kyrgyzstan, because Uighurs in China were treated badly. At first, living here was hard, but with time we got comfortable.

“It’s the ninth year that I’m the dzhigit-beshchi here. I watched the elders govern, and learned. At first, it’s difficult. There’s a lot of things to do, I’m responsible for everything: weddings, wakes, funerals, and many more. If someone dies, even if it’s 2am, people call me. Sometimes, if a bride is kidnapped, I have to work a lot, because it’s a big scandal. If the bride agrees, then I go to make peace. If not – it’s a court case.

“A dzhigit-beshchi has to be fair, honest and make good on promises. You need to take notice of who lives how, and who needs help. It’s like being a father who cares about his children, but it’s 1,000 families.

“Our family lived in the city of Ghulja, China, but we had to leave because father participated in the Ghulja protests. It was hard, but we’re glad we left, because now everything is much worse there.

“We were among the first ones to come to Tokoldosh. I’ve lived here for 64 years. Two years ago, I became the dzhigit-beshchi. Before that I always refused, because the job is responsible and thankless. There’s no salary, but a lot of work. If someone dies, I’m the first one people come to, even if it’s 4am. And I have to be present, make calls, organise, make a grave.

“I was chosen because I know almost everyone in Bishkek [the capital]. When a mahallah gathers, it’s necessary to choose a leader. You can’t get by without a leader in any tribe.

“I was 10 when our family crossed the Sino-Soviet border. There were no detentions, no checks, the border was open on purpose.

“Ever since then we’ve lived in the Lebedinovka village, Kyrgyzstan. Seven years ago, I became the dzhigit-beshchi. Life experience helps me in figuring out how to talk, and to whom. I don’t fight with anyone, and it seems nobody fights with me. Even if someone says something about me, I don’t worry. I’m doing my part, trying to help everyone.

“Now nobody wants to be a dzhigit-beshchi, it’s just more problems. You can decline the position, but only if the people will let you, or if there is a replacement. It has to be ‘their person’, he has to know more or less who your father is, who your grandfather was, who was born from whom, and who married whom. I just took on that weight, because someone had to be doing this.”

“In 1963, we were allowed to leave China for the USSR together with my brother, who had an ‘underground’ Soviet passport. When we were brought to Karaganda [in Kazakhstan], we were very upset. In China we lived and studied in the city, but here there are only mountains, there are no people. At first it was very difficult, but gradually we got used to it and moved to the city of Frunze [Bishkek’s name until 1991]. Since then, we have been living here. Uighurs help each other, we’re a small people – we can’t abandon each other.

“I’m already old. If in two years there will be a suitable candidate, I will step back. I could do it now, but the people don’t let me. That’s why it’s hard to choose a dzhigit-beshchi, nobody wants to be one.”

In the Vostok village there’s a lot of nationalities, but for as long as I’ve lived here, there were no disagreements based on that.

“If someone moved, he always comes to a dzhigit-beshchi, lets him know that now he lives here and is ready to participate in the life of the community.

“There are difficulties, too, because you can’t please everyone. You have to take care of your nerves, try to find a way to get through to people. Like it, don’t like it, someone has to do it.”

“I’ve been the dzhigit-beshchi for 10 years. I’d already refused on several occasions, because I don’t have the time, I get tired, but people don’t let me go.

“When I became the dzhigit-beshchi, one of our people lived very poorly, a water pipe burst in his house and only one room remained intact. So the first thing I did was calling the locals to come, explaining the problem, and setting the task. Everyone supported it, agreed to help. With joint efforts we fixed the house.

“The main responsibility is to be the bridge for people.

“The age doesn’t matter, what matters is that this person is respected in the settlement. I’m preparing a young man too, he’s a bit over 30. I wanted to give him the position now, but have to wait until he’s ready himself.”

“I consider myself a patriot, I love to tend to the community life of the village, so that we’re not sitting on the sidelines. That’s why I was chosen. Chosen as the tradition dictates, during a meeting, so I’m the real dzhigit-beshchi and not some impostor.

“Difficulties happen. Religious youth talks about various bans that aren’t part of Islam. They say that music is haram [forbidden], birthdays not allowed, wakes not allowed, the way our parents used to do things isn’t right. But we treat them with understanding. Because if you try to force anyone to share the same opinion, there may be a conflict. People won’t understand it the right way.”

“I’m the oldest resident of this neighbourhood. Everyone knows me here, so two years ago I was chosen for the role.

“When I became the dzhigit-beshchi, the workload increased. If there’s a wedding or a funeral in the mahallah, people come for my advice – how to organise it, whom to invite. Other than me there’s no one in this area who could complete the responsibilities of the dzhigit-beshchi, nobody needs it. We ask the youth, but they aren’t interested, they’re far from Uighur traditions and aren’t as tightknit as our generation.”

“We have a lot of nationalities living here, and I know Uighur, Uzbek, Kyrgyz and Tatar, so I communicate with everyone well. Being a dzhigit-beshchi means knowing every family. If something happens in one of the families, be it a feast, someone’s death, a need for something, or a conflict, we resolve this inside the mahallah, with our local residents. Everyone in the mahallah knows that I’m dzhigit-beshchi, knows where I live, has my phone number and I have theirs.

“If there is no dzhigit-beshchi, all sorts of situations can arise. Every nation has their traditions, and it’s necessary to stick to them, or it’ll be a mess.”