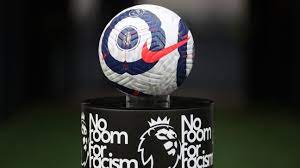 LONDON (Agencies): English football, including clubs in the Premier League and Women’s Super League, will undertake a three-day social media boycott next week in response to “the ongoing and sustained discriminatory abuse received online by players and many others connected to football.

The growing volume of incidents prompted the governing bodies and leagues in English football to write to Twitter and Facebook in February, demanding stricter enforcement of anti-discriminatory regulations.

Leading figures in the English game remain unsatisfied by the action taken by social media companies, however, and it has been confirmed that a boycott of all platforms will now be imposed to cover the full programme of fixtures next weekend, including Manchester United taking on Liverpool in the Premier League.