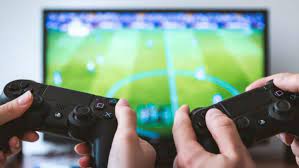 The Duke of Edinburgh’s award – usually given for outdoor pursuits – will now include video game skills and esports.

Ruth Marvel, the DofE Chief Executive commented on the controversial decision in an interview with The Times, saying: “There are a lot of jobs in esports, which have become a really popular way of teenagers interacting socially, especially in lockdown.”

Many children take part in the Duke of Edinburgh’s Award each year, but according to the article, complaints have arisen about the accessibility of the scheme, which is seen by some as too middle class. Set up in 1956, it usually involves school-age children participating in camping and other outdoor pursuits, followed by an improvement of a practical skill.

Marvel went on to explain the modernisation of the scheme, referring to its inclusion of “urban expeditions” for inner-city kids. She believes that participants in the Duke of Edinburgh’s Award should be able to “learn about Britain’s complex history, including slavery and colonialism”.

“There are many perspectives in history. A broad understanding of those perspectives is important for everyone,” she said. “There is always more than one truth. Urban expeditions give young people the chance to explore for themselves the history of our cities from a lot of different perspectives.”

Due to these new advances, participants will be able to develop their video game skills or participate in esports competitions in future Duke Of Edinburgh’s Award intakes.

The British Esports Association recently announced that it will be lobbying for gaming tournaments organised specifically for gamers with disabilities. “Being able to play real opponents is really hard because I play the game in a different way to them,” commented one competitor. “I would like to be able to play against people who use the same technology as me so that it is fairer.”