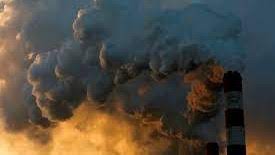 European Union leaders meet on Tuesday to debate how to split the efforts and costs of the bloc’s shift to a low-carbon future, at a summit that will set the tone for an upcoming revamp of EU climate change policies.

The EU’s executive Commission is due to publish a huge set of climate policy proposals in July, including carbon market reforms and tougher carbon dioxide standards for cars. All will need approval from its 27 member states.

Leaders will discuss on Tuesday how to meet the new EU target agreed last month to reduce net greenhouse gas emissions by at least 55% by 2030, against 1990 levels. The previous target was 40%. read more

The talks will shed light on what policy changes EU governments are likely to accept, to deliver this goal.

A draft of the summit conclusions, seen by Reuters and in line with a previous draft, shows EU leaders will ask the Commission to maintain the EU’s system of setting national emissions-cutting targets based largely on a country’s gross domestic product (GDP) per capita. read more

Officials from multiple countries said they would support this.

“A different approach would mean the increased ambition would be achieved by putting a higher burden on poorer member states,” a Polish official said.

“We could live with that,” said an official from a richer country, speaking on condition of anonymity.

The current system sets national targets to cut emissions in sectors not covered by the EU carbon market, including road transport and heating in buildings.

Based largely on GDP per capita, this means poorer states face lower targets. Richer countries’ targets are also tweaked to make sure emissions cuts happen where they are most cost-effective.

However, the goals will need to be toughened, in line with the EU’s new 2030 climate goal.

Also up for discussion on Tuesday is funding.

The draft conclusions say the Commission must produce an “in-depth examination” of the economic and social fallout of its climate proposals, reflecting concerns among some states that they could hurt poorer citizens.

Officials from multiple countries said they were concerned the Commission’s plan to impose CO2 costs for transport and heating could hit low-income communities, if it increased their fuel bills without offering some compensation. read more

A large injection of cash to help meet climate targets will come from the EU’s 750 billion euro ($913 billion) COVID-19 recovery fund, but some leaders are expected to push for guarantees that other funds are increased.

Poland and the Czech Republic want a larger EU modernisation fund, the multibillion-euro pot of cash from sales of EU carbon permits, given to poorer countries for clean energy investments.

A Czech official said the share of CO2 permits set aside for the fund must be “increased substantially” to help poorer states meet climate targets.

Some countries want to avoid detailed talks on the fund and other climate policies, until after the Commission unveils the specifics of its proposals for climate legislation in July.