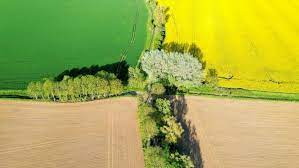 EU negotiators begin two days of talks on Tuesday on a plan designed to make the bloc’s huge farming subsidies greener and fairer, although campaigners question its environmental impact.

The Common Agricultural Policy (CAP) will spend 387 billion euros ($473 billion), around a third of the EU’s 2021-2027 budget, on payments to farmers and support for rural development, with new rules kicking in from 2023.

The revamp aims to align agriculture with the EU’s target of zero net emissions by 2050, by tackling the 10% of EU greenhouse gases emitted by farming.

“We aim to close the deal this week,” an EU official said of talks between negotiators from the European Parliament and the EU member states.

The proposed changes have come under fire from environmental campaigners, who say they lack firm targets and would allow the bulk of subsidies to be spent on polluting forms of industrial farming.

The latest proposal would set aside 23% of payments to farmers from 2023 for schemes that safeguard the environment, and 25% from 2025 onwards. That could include organic farming or the use of feed additives to reduce methane emissions from cows. read more

Negotiators are also tussling over how to ensure the CAP supports small farmers.

One option is to use a stricter definition of “active farmer” recipients. Parliament has said this should halt payments to large-scale processors of agricultural products.

The European Commission and Parliament have sought a 100,000 euros per year cap per beneficiary, with the excess redirected to smaller farmers. EU countries and farming groups say redistributions should be voluntary.

Pekka Pesonen, secretary-general of European farmers and agri-cooperatives group Copa Cogeca, warned against a “one-size-fits-all” approach and said farmers were being asked to make green investments despite lower subsidies.

The European Environmental Bureau says the CAP plans have no targets for reducing agricultural emissions and says firm rules are needed to keep EU countries in line.

Agriculture is the most frequently reported pressure on Europe’s habitats and species, from intensified farming practices including pesticide use and irrigation.