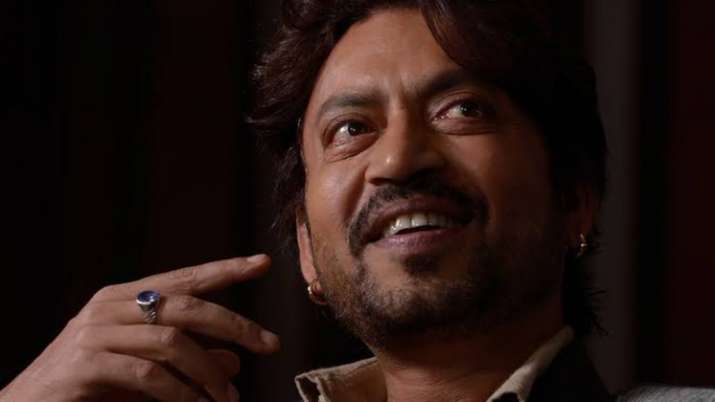 Irrfan’s son Babil shared an Instagram post along with a heart-wrenching caption. He reveals how chemo was diminishing all of Irrfan’s strength capacity so to find peace and moments of fun he started building his own table so he can write his thoughts.

Babil feels that there is a legacy which was concluded by his father only and there is no one who can take his place.

Babil’s greatest best friend, companion and brother are all summed up in the face of his father. Babil misses his father more then all that ‘shah-jahan/mumtaz’ analogies.

He professes that he would have built a space monument so he and his father could travel to the furthest part of a black hole that Irrfan was always very fascinated by.

The note straight from Babil’s heart is concluded by Babil saying how they could have travelled in that space monument together hand in hand.  Here is Babil’s Instagram post for you with Irrfan Khan happily building a chair:

“Chemo burns you from the inside, so to find joy in the simple things, like building your own table to write your own journals. There is a purity, I have not yet discovered. There is a legacy that has already been concluded by my Baba himself. A full stop. Nobody can ever replace him. Nobody will ever be able to. To the greatest best friend, companion, brother, father, I ever had and ever will have. I love you so much, for the rest of this chaos we are choosing to call life. I miss you, more than all that shah-Jahan/mumtaz stuff; I would have built a space monument that could have taken us to the furthest parts of a blackhole singularity you were always intrigued by, but I would have been there with you Baba, and we could have gone together, hand in hand. (Exploring the last mysteries).” In 2011, Irrfan Khan was awarded the Padma Shri, India’s fourth highest civilian honour.

Irrfan Khan was diagnosed with neuroendocrine cancer in 2018. He passed away on April 29 in Mumbai’s Kokilaben Dhirubhai Ambani Hospital.