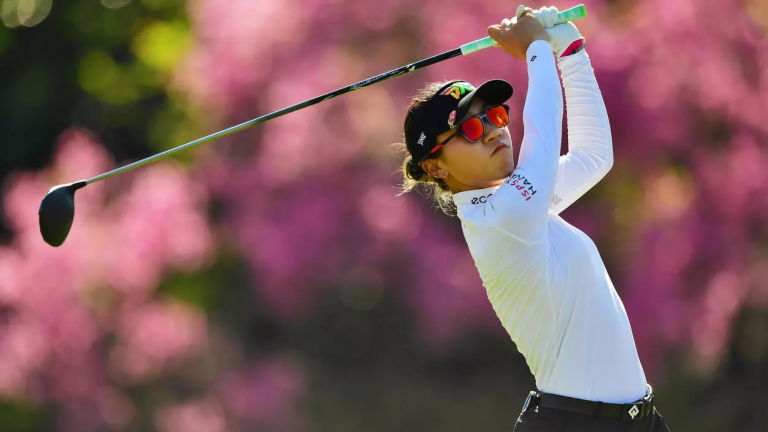 Miami (AFP) Former world number one Lydia Ko, chasing her first US LPGA Tour win since 2018, shook off an early bogey to post a three-under par 69 on Friday for a one-shot halfway lead in the Gainbridge Championship.

Ko, a member at the Lake Nona club in Orlando, Florida, said she was expecting a challenge when she saw the pin positions.

She started the day with a bogey at the 10th, but bounced back with four birdies in her next seven holes.

“Overall I thought I played pretty solid,” said Ko, whose 10-under total of 134 put her one stroke in front of American Nelly Korda, who carded a 68.

“There was a stretch of a few holes where I couldn’t really hit any tee shot on the fairways, but I think it was pretty solid and I’m happy to have shot three-under,” said Ko, who hit nine of 14 fairways and 14 of 18 greens in regulation.

She said a par-save at the par-five-second hole was a key momentum saver, and she takes “a lot of positive things going into the weekend.”

Her halfway lead is the eighth in her career. In three of the previous instances she has gone on to win, but the 15-time LPGA winner said she won’t be getting ahead of herself.

“I think it’s good to just keep putting myself in these positions,” Ko said. “I think you get more comfortable with it and the more times you’re there I think the higher chance that at the end it will all happen for you.

“I’m trying to not think about what may happen on Sunday,” added Ko, whose last LPGA victory was at the Mediheal Championship in April of 2018. “I’m just trying to take one shot at a time, and if I’m able to do it pretty well and be in contention going into Sunday the last few holes, that’s great.”

Korda, one-under through her first nine holes with three birdies and two bogeys, kept the pressure on with four birdies on her inward run — at the second, fifth, seventh and ninth.

“Once I started to get more looks at birdie I got a little more comfortable,” Korda said. “I just made a little too many mistakes on my front nine. And it was weird, I mean, I hit solid shots. They just went over the green.”

Defending champion Madelene Sagstrom shook off an early triple-bogey, picking up four strokes in her last three holes thanks to an eagle at the ninth — her final hole of the day.

She made the cut on the number at two-over, as did LPGA legend Annika Sorenstam, who followed up her opening 75 with a one-under 71.

The 50-year-old Swede, who says her return to LPGA action is an “appearance” and not a comeback, will play the weekend despite falling victim to a mistake by a rules official that cost her a shot on Thursday.

Sorenstam, winner of 72 LPGA tour events in her Hall of Fame career, had asked official Dan Maselli if she could move a gate her ball had landed under at the fifth hole in the first round.

Maselli said no, and she took an unplayable lie, but it turns out that under the modernized rules of golf she could have opened the gate and played from there, since her ball was not out of bounds.

Because she had already played from another spot, there was no option to rescind the penalty and Maselli offered a heartfelt apology on Friday.

“He said ‘This is going to hurt me, this is eating me inside,'” Sorenstam said. “I said, ‘Please, please don’t feel that way.’

“He said ‘I won’t make that mistake again,'” Sorenstam said adding that she replied: “I won’t hit there anymore.”