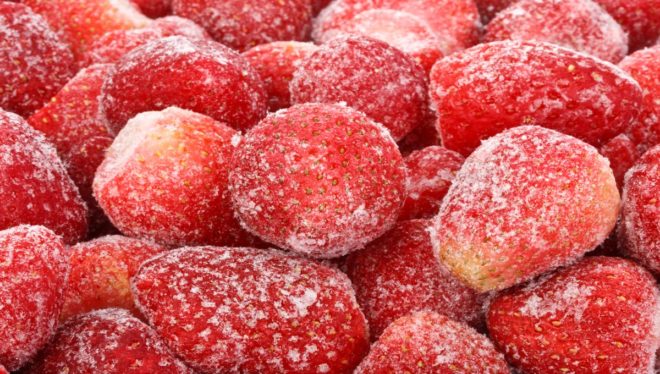 Imported frozen mixed berries are suspected to be behind an outbreak of norovirus in Switzerland.

The Federal Food Safety and Veterinary Office (FSVO) told Food Safety News that the agency was informed by cantonal food enforcement authorities that illnesses were probably due to berries contaminated with norovirus. A canton is a region of the country.

These regional units examined suspected contaminated berries for norovirus and found the virus, which led to the fruits being identified as the likely source of the infections.

FSVO, also known as OSAV, BLV or USAV, is the central authority for food safety in Switzerland.

Small outbreak includes person-to-person transmission
It is not known exactly how many people are sick but officials said they were aware of a few people with a direct connection to the berries and illness while there is a suspected link for three people. There have also been reports of human-to-human transmission from people infected by berries.

As none of the mixed berries from Germany were sold directly to the consumer there was no recall or public warning. Berries were delivered to the catering sector.

There has been a withdrawal from the market as the seller of the berries in Switzerland informed all their customers in the country about the incident so preventive measures could be taken.

In 2015, an outbreak of norovirus at a Swedish nursing home caused 70 people to become ill. Three deaths were reportedly linked to this outbreak. Microbiological analysis confirmed norovirus in the frozen berries.

A total of 46 berry outbreaks associated to norovirus contamination with 15,827 confirmed cases were reported globally between 1983 and 2018, according to a 2020 study published in the journal Critical Reviews in Food Science and Nutrition. There were likely more illnesses, but many people do not seek medical attention or testing.

For norovirus, symptoms usually appear about 12 to 48 hours after consuming contaminated food and last one to two days. They include nausea, vomiting, stomach pain and watery diarrhea. Most people make a full recovery however others, mainly the very young or elderly, may become dehydrated and require hospital treatment.

Noroviruses are very contagious and can spread easily from person-to-person. Microscopic bits of feces and vomit of an infected person contain the virus and are infectious. People should wash hands with soap and water to protect themselves and others from illness.