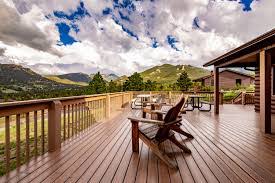 COLORADO (Axios): Driving the news: Airlines across the country are capitalizing on people wanting to get out of Dodge by adding more flight routes to places people want to go for fun, including Colorado, the Washington Post reports.

Southwest Airlines is investing heavily in markets with sun and snow, extending the timeline for its service to Steamboat and Telluride and adding Colorado Springs.

Denver-based Frontier Airlines is expanding its services to offer 60 nonstop routes from Orlando.

By the numbers: Passenger traffic has climbed steadily at Denver International Airport since the initial COVID-19 shutdown, officials report.

It still retained it’s spot as the third-busiest airport in the U.S., DIA officials report.

Be smart: The CDC released new guidelines for those who are fully vaccinated but travel recommendations remain the same while the majority of Americans still wait for their vaccine, Axios reports.

Nevertheless, airlines are actively rerouting their planes from business meeting hotspots like D.C. and New York to accommodate a surge of people eager to escape into the outdoors.

Denver was the largest station in the fourth quarter of 2020 for multiple major carriers, including Frontier and Southwest.

Alayna’s thought bubble: I flew this month for the first time in over a year. I felt like I had made a mistake the moment I walked into a crowded DIA.

People still don’t understand how to social distance or wear their mask properly, despite being a year into this.