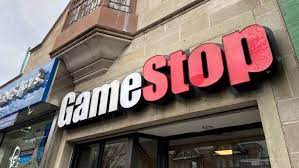 GameStop Corp (GME.N) said on Monday Chief Executive Officer George Sherman would resign, as it pivots from a brick-and-mortar video game retailer to an e-commerce firm.

Sherman will be stepping down on July 31 or earlier upon the appointment of a successor, the company said in a statement.

Its board is searching to identify chief executive officer candidates.

The development, first reported by Reuters last week, is the biggest shakeup at GameStop since Ryan Cohen, the co-founder and former chief executive of online pet food company Chewy Inc (CHWY.N), joined the company’s board in January.

GameStop has been in the process of shifting its business away from the brick-and-mortar retailer model into an e-commerce business that can compete with large-scale retailers such as Walmart Inc (WMT.N), as well as technology companies Microsoft Corp (MSFT.O) and (6758.T).