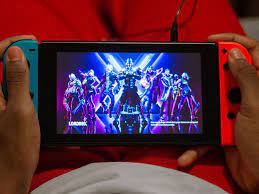 From a brand new facility in Dubai, young gamers are hosting virtual regional eSports competitions sponsored by global brands as they shoot to become major players in the multi-billion-dollar industry.

Indian expat Saad Khan said he realised there was “huge opportunity” in promoting eSports in the region four years ago, when he saw people crowding into rapidly sprouting cyber cafes in Dubai, one of the UAE’s seven emirates.

That’s when Khan, who has a strong background in technology, decided to found Gamers Hub Media Events (GHME) to host e-Sports tournaments in the Middle East and North Africa.

“We’re here for the gamers, we are here for our sponsors, and we are here to give the best experience possible,” said 45-year-old Khan, who is CEO of the company.

In an effort to diversify its oil-dependent economy and boost its soft power, the United Arab Emirates and its legion of young expats have in recent years jumped into a range of sectors, including sports and technology.

Meanwhile in the Gulf, the gaming market is expected to reach $821 million this year, with the UAE and Saudi Arabia the biggest players, according to consulting firm Strategy&.

“There’s a huge sponsorship value that has increased… the number of gamers has increased, and I’m also seeing a lot of teams being formed, which was not happening before,” said Khan, who declined to disclose GHME’s profits.

The company has partnerships with Intel, Dell Alienware, Lenovo Legion and Omen by HP, and last year it landed a deal with German luxury automaker BMW, which sponsors gaming tournaments in the region.

And GHME is set to expand its reach further, opening offices in Spain, India, and South Africa.

For Ghazi Beydoun, a gaming enthusiast heading business development at GHME, the future of eSports in the Middle East is promising, with major talent emerging in Lebanon, Jordan, Egypt, Saudi Arabia and the UAE.

“We have a lot of players here with a lot of talent that are lacking support, but this support is now coming,” the 29-year-old Lebanese expat told AFP.

“Little by little, a gaming ecosystem is forming and will improve and grow.”

Dubai-based company Boss Bunny Games is now part of that “ecosystem”, with plans to launch what the UAE says is the first video game inspired by Gulf culture.

“It’s 100 percent a private initiative, but we do have massive support from the government,” said Geraint Bung ay, CEO of Boss Bunny Games.

The British expat, with 25 years’ experience in the industry, said he co-founded the company in Dubai because of the emirate’s thirst for technology, its international engineers and proximity to major game consumer Saudi Arabia.

“Saudi is the number five market in the world for games in terms of revenue, so it’s absolutely a huge market,” Bungay told AFP.

“A lot of people… don’t realise the size of the games market in the region at all.”

According to Robert Mogielnicki from the Arab Gulf States Institute in Washington, Gulf countries’ appetite for eSports is part of a more general push for “home-grown industries” and “greater self-sufficiency”.

“This is about more than just entertaining young people; it has to do with depicting Gulf societies as thriving and creative hubs worthy of an expansive global audience.”