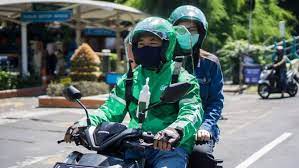 Grab, the dominant ride-hailing and food delivery firm in South East Asia, is preparing to list shares in the US in a deal that values the firm at nearly $40bn (£29bn).

Grab expects to raise more than $4bn via the transaction, which is expected to be completed by July.

The listing would mark the largest US share offering to date by a South East Asian company.

Altimeter Capital chief Brad Gerstner said his company was drawn to Grab due in part to its leading position in a part of the world where technology-fuelled economic changes are still in their “early days”.

“We’ve already seen this movie – how profit and growth has unfolded in the US, China, Europe and Latin America and we’re now seeing that and better in South East Asian markets.” he said in a presentation for investors, in which he compared Grab to “Uber, Doordash plus Ant Financial all in a single app”.

“They really are at the forefront of the digital transformation in the region.”

Launched in 2012 as a ride-hailing app like Uber, Grab has since expanded broadly.

Active in eight countries and roughly 400 cities, it now handles food and grocery deliveries, courier services, digital payments and more for an active customer base of more than 25 million people as of December.

It was already considered South East Asia’s most valuable start-up, with a net worth estimated at roughly $15bn in a private fundraising round in 2019.

The firm’s adjusted net revenue for 2020 was $1.6bn, but the company has yet to make a profit. It is also facing increased competition in the major market of Indonesia from rivals Gojek and Sea, which started trading in the US in 2017.

Grab said the merger with Altimeter, which will bring $4bn from Altimeter and other heavyweight investors such as Blackrock, T Rowe Price, Fidelity and others, would allow it to build on its growth.

“Despite Covid-19, we’ve come out of 2020 stronger than ever, demonstrating the resiliency of our business,” said Grab co-founder Anthony Tan. “Going public now will give us wind in our sails to accelerate our mission.”

Altimeter Growth Corp was set up last year by Silicon Valley-based venture capital company Altimeter Capital Management, a firm that has backed firms such as Uber, Zillow and others.

Altimeter Growth is a “special purpose acquisition vehicle” or Spac, established with the purpose of finding a private firm to merge with and then take public on the stock market.

Such firms, also called “blank cheque companies”, have seen a surge of popularity in recent years, and are seen as a faster route to taking a company public with less scrutiny.

Following the merger, Grab and Altimeter will form a new holding company, expected to be valued at $39.6bn.

That will benefit existing investors, which include Japan’s Softbank and China’s Didi Chuxing. Uber also took a large stake in the company after selling its South East Asian business to Grab in 2018.