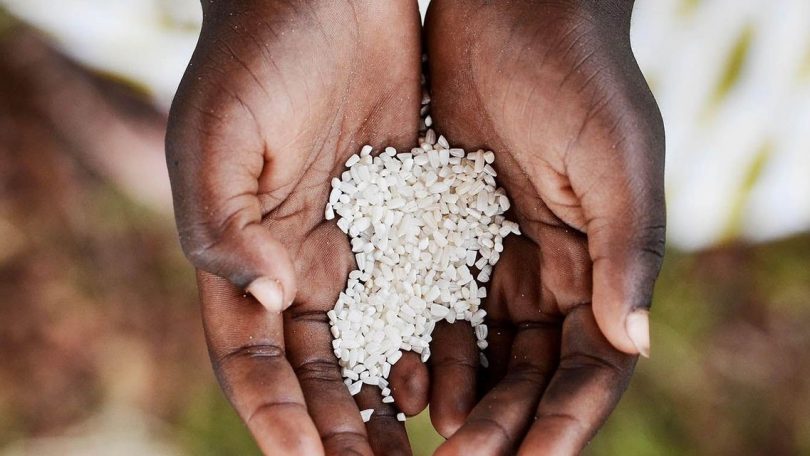 Just before the American Revolution, a woman whose name I may never know disembarked a ship in the harbour of Charleston, South Carolina, destined for a rice field. She was a member of the Mende people of Sierra Leone. Her back bore the letters “R.A.C.E.” – Royal African Company of England – seared into her flesh with a brand. The ship on which she was brought started its journey in Liverpool or London and made its way south along the upper Guinea Coast. It waited at Bunce Island in the Sierra Leone estuary, bobbing in the water, waiting for supplies and a cargo of “choice healthy slaves” that would be sold at auction by scramble on the deck or by the wharf when it landed at its final destination: the swampy, moss-draped Carolina Lowcountry.

The journey of rice to the US is the journey of the people whose labour and knowledge led to its successful cultivation. Between 1750 and 1775, the bulk of more than 50,000 enslaved Africans were kidnapped from the aptly named Rice Coast, the traditional rice-growing region between Guinea and Guinea-Bissau and the western Ivory Coast where part of my African forebearers are from, and whose heart is in modern-day Sierra Leone and Liberia. Because rice was not indigenous to the Americas and plantation owners had no knowledge of how to grow it, enslaved Africans were brought to fuel its husbandry, feeding the US’ eastern seaboard, Britain and provisioning many parts of the British Caribbean. In the antebellum South, if cotton was the king of commodities, then rice was the queen. And the queen brought incomparable economic power, transforming Charleston, and later Savannah, into thriving cosmopolitan ports.

The women who brought this know-how were precious cargo. In their heads rested more than four millennia of experience, from the days of rice being gathered wild to its domestication around 3,000 years ago. And in their wombs lay the potential for centuries of wealth for their slaveholders at the expense of human dignity and the US’ “democratic experiment” their descendants would ironically lay the economic foundations of.

US colonists purposefully kidnapped Africans from the “Rice Coast” because of their extensive knowledge of rice cultivation (Credit: Chronicle/Alamy)

Long before their arrival, there was likely Oryza glaberrima, or “African rice” – one of only two main species of cultivated rice in the world along with Oryza sativa, or “Asian rice”. Indigenous to sub-Saharan Africa and brought by enslavers on the Middle Passage, African rice was used to feed the enslaved from Senegambia in the late 1600s, as well as the famous “seed from Madagascar”, an Asian variety of rice. By the 18th Century, at the encouragement of Europeans, Asian rice varieties had spread across West Africa on coastal plantations, allowing enslavers to provision slave ships with both types of rice in order to feed their colonies in the New World.

The difference between rice at home in West Africa and rice in the American South was more than just freedom versus enslavement. There were new dangers, from pathogens and parasites to alligators and snakes to sunrise-to-sunset labour patterns that added hours beyond the equatorial 12-hour day. Surrounding these pains were the threats of punishment, torture, sale and separation from loved ones. It was bad enough to be in exile, but to constantly have social and spiritual ruptures impacting this new existence created an aspect of almost-constant terror.

While the labour of producing rice made others extremely wealthy, these men and women’s persistence was undergirded by immense private joy. In their world, the shared tasks allowed the most experienced and quick-working enslaved labourers some time to cultivate their own rice patches and gardens, and hunt and fish on time away from their “task” or assigned acreage of rice. They used their mortars and pestles that pounded the rice in the same communicative musical ways as their African foremothers. They wove baskets; carved pestles; knitted nets to catch fish, shrimp and crabs; and built coops from palmetto stalks to raise the chickens and guinea fowl (also arrivals from West Africa) that pecked in their yards. These animals were served with the rice – West African recipes that morphed to suit the plantation world. All of it was an unsubtle affront to exploitation and assimilation. It was a resistance that was easily ignored but pervasive.

Not long after the nameless woman’s arrival, thousands upon thousands of enslaved African South Carolinians made their escape to the British line during the Revolutionary War (1775-1783). She was not likely one of them, probably with one or two children that would prevent her from easily escaping. Many would end up in Nova Scotia, Canada, or would end up back in her homeland of Sierra Leone. As the planters regained control after the revolution, a new variety of rice would emerge, guaranteeing enslavement would go nowhere until the Confederacy’s surrender: Carolina Gold. Carolina Gold still has mysterious origins, but genetic research from 2007 suggests it may have come from a Ghanaian variety named Bankoram, one of 20 landraces with which Carolina Gold shares genes.

From the kitchens of the Lowcountry, Carolina Gold would eventually entice diners with influences drawn from the indigenous peoples of the South-east US, as well as the traditions of southern England, French Huguenots, Germans of the Palatinate, the Spanish and Sephardic Jews, the latter two bringing in culinary influences from Moorish Spain and older contributions from the Middle East.

However, the most important cultures of the Carolina rice kitchen were the people doing most of the cooking: the Mende, Temne, Fula, Limba, Loma, Bassari, Sherbro, Kru, Balanta and other West African peoples, as well as the Afri-Creoles of Barbados, the mother colony of Carolina. Parallel with a similar rice tradition in southern Louisiana and the Lower Mississippi Valley – also established by colonial powers; in that case, the French – it was the culinary experience of centuries in Africa that would shape a cuisine that would come to define the American South.

In the rice kitchens of the American South, Africans introduced the preference that once the rice was steamed, each grain was meant to be cooked separate from the others, each on its own. The only rice that was cooked until sticky was used to make fritters like calas, sold hot and fresh on the streets of New Orleans, or to make pudding or any number of breads or sweets. Rice for savoury purposes was nearly always paired with the Afri-Creole “trinity” of tomatoes, onions, and bell or hot peppers, or was laid out as the bed for traditional West African staples like okra, peanuts, black-eyed peas, greens or stews made from a combination of these or starring seafood or chicken. My grandmother and my mother, my best culinary teachers, passed down to me recipes like Country Captain (a Southern response to curry-based dishes brought by British traders via India), rice steamed with the trinity and one-pot meals of smothered chicken and rice.

Many of the iconic rice dishes of the US South came from the people doing most of the cooking: West Africans (Credit: bhofack2/Getty Images)

To this day when I cook my rice, every grain is separate and distinct. When I made my pilgrimage to Sierra Leone in 2020 where my ancestors came from, I watched the painstaking process used to process rice. The people were extremely proud of their relationship with the crop. From the pounding and beating in the mortar with the tall, long pestles to the confidence they used to winnow the grain with the beautiful grass baskets that mirror the ones sold in Charleston and Savannah, I felt the deep connections with the Lowcountry. Every single time it ended up in fragrant plump grains that were separate, soft with a body you could feel on your teeth.

From 20 years steeped in this work, researching and travelling and cooking, I have realised you can eat and enjoy food and still comprehend the chain of human experience that led to your plate. The point is not that the traumas incurred outweigh the urge to eat or the hunger for texture or flavour. Alongside survival and the desire for food that satisfies us, the next need we have is to give meaning to our material culture. One ingredient may not mean the same thing to someone else, or it may tell a very different story.

My story is told in many ingredients, not just rice. But when we invoke rice, we are talking not only of West Africa but Madagascar, where other forebearers of mine derived; over to East Asia, where they had roots; but also over to India and the Middle East, where other distant forebearers of mine dwelled; to Italy and Spain, where still others on my family tree would also appreciate the grain. To be a descendant of rice people is to be connected to huge swaths of the globe, from China to Mali to Latin America as well as the US South.

Madagascar has long been a melting pot where both African and Asian rice is cultivated (Credit: danm/Getty Images)

One year before Patricia went to join her forebearers and I inherited the pots and skillets that made those rice dishes that blessed our tables, I had the pleasure of introducing her to the woman who disembarked from that ship so long ago. Over an atlas showing her journey, she met Mama Wovei, her great-great-great-great-great grandmother. As we traced her path with our fingers on the page, crossing the Atlantic in seconds on what took her months, I asked Mom about the best thing she ever made. She said, “A little boy named Michael, I cooked him low and slow.”