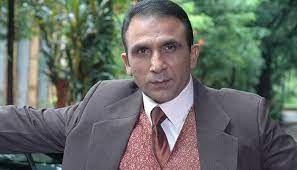 MUMBAI: Actor Bikramjeet Kanwarpal, a popular character actor in films and television, passed away on Friday due to Covid-19 complications. He was 52.

The retired army officer has been a part of many popular films, TV shows and web series. Filmmaker Ashoke Pandit mourned the loss of the actor, tweeting, “Sad to hear about the demise of actor Major Bikramjeet Kanwarpal this morning due to #Covid. A retired army officer, Kanwarpal had played supporting roles in many films and television serials. Heartfelt condolences to his family & near ones.”

Bollywood photographer Viral Bhayani also dedicated a post to the actor, where many celebs paid condolences. Actress Kishwer Merchat commented, “Really sad , prayers and Strength to the family.” Siddhanth Kapoor wrote, “He passed away this morning at 6:55 am, such a beautiful soul ! Really sad may his soul RIP.”

Actor Neil Nitin Mukesh posted, “Extremely sad news . I’ve known Major Bikramjeet for so many years. He and I have worked on so many films together. The last being Bypass Road. Such a fantastic, encouraging and energetic human being he was and will always be remembered as. #RIP My dear friend will miss you.”

Kanwarpal was born in Solan Himachal Pradesh, India. He was the son of an Indian Army officer, Dwarka Nath Kanwarpal, who was awarded the Kirti Chakra in 1963. In 1989 he commissioned into the Indian Army. He retired from the army in 2002 as a Major. In 2003, he debuted in Bollywood to fulfill his childhood dream of being an actor. He starred in films like Page 3, Rocket Singh: Salesman of the Year, Aarakshan, Murder 2, 2 States and The Ghazi Attack among others.