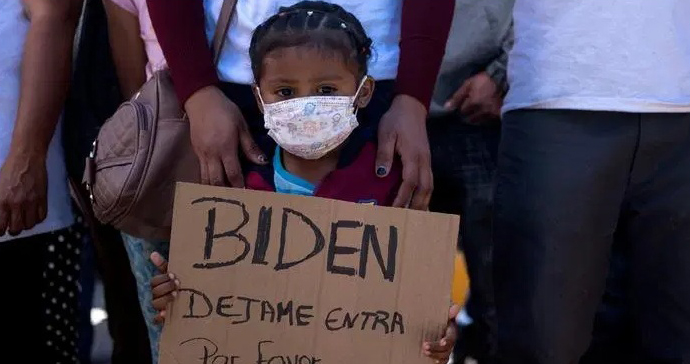 The US Department of Homeland Security has ordered the government’s Federal Emergency Management Agency (FEMA) to help care for a rising number of migrant children who are illegally crossing into the US from Mexico.

The department said in a statement that FEMA would assist for 90 days to make sure the children are safely accommodated and transferred to people who will take care of them, such as relatives already in the US.

It said the rise in numbers was caused by “ongoing violence, food insecurity and poverty” in several Central American countries.

The order comes as hundreds of children arrive at the border every day in what is fast becoming a major humanitarian challenge for President Joe Biden, who took office on January 20.

The increased influx of minors comes after Biden reversed some of the restrictive migration policies of his predecessor, Donald Trump.

FEMA is usually tasked with responding to floods, storms and other disasters but here is being asked to use its expertise in emergency care to make up for a current shortfall in shelter capacity.

As of Thursday, more than 3,600 migrant children were being held at border detention facilities meant for housing adult men for short periods, according to information given to the Reuters news agency. That is four times the number in late February.

The Department of Health and Human Services (HHS), which is meant to take in such children after they have been processed by border authorities, is also overwhelmed, with some 8,800 unaccompanied children in custody.

The problematic situation has been compounded by restrictions related to COVID-19.

FEMA was also called in to help in 2014 when a similar influx of unaccompanied minors occurred under former President Barack Obama.

At the time, the agency assisted in setting up temporary shelters and processing stations at military bases.

Many people seeking to migrate to the US believe they have better chances under Biden, who has ended the Trump administration’s practice of sending back immigrant children who cross the border alone.

There have been reports of parents sending their children across the border from Mexico unaccompanied.