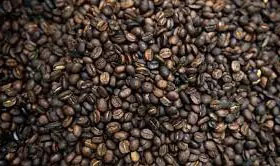 WASHINGTON (Agencies): Could your daily flat white soon become a thing of the past – or at least a more expensive rare treat?

The disruption of supply chains in Vietnam – the world’s second-largest coffee exporter – due to Covid-19 lockdown restrictions is leading to uncertainty about global coffee distribution.

The south-east Asian country has “struggled to control the more contagious Delta variant”, The Guardian reported, leading to the tightening of lockdown measures in the port of Ho Chi Minh City, from where most of Vietnam’s coffee is exported. Covid-related restrictions have also been introduced in some coffee-growing areas of the Central Highlands, further disrupting the supply chain.

According to traders and suppliers, “exporters are struggling to transport beans to the ports for shipment”, said Bloomberg. This is adding to “a raft of other logistical problems”, including a “dire shortage of containers and soaring freight rates”.

The Vietnam Coffee-Cocoa Association is one of several trade groups petitioning the government to ease the restrictions, claiming that they “cause delays, raise costs and put shippers at risk of having to compensate buyers for late delivery”, added Bloomberg.

In response, Vietnam’s transport minister ordered authorities “to do everything possible to facilitate the transport of farm products, such as coffee and rice” as well as avoid “all unnecessary requirements and burdensome paperwork”.

Vietnam is not the only country currently experiencing supply-chain disruption. Unseasonably cold weather that damaged crops in Brazil – the world’s biggest coffee producer – has led to a rise in the cost of beans, said The Guardian.

On August 6, Reuters reported that a combination of the “most devastating frost” Brazil had seen since 1994 with “record freight costs sparked by Covid-19 causing massive shipping log-jams” are expected to “push retail prices to multi-year highs” over the next few weeks.

Local reports claimed that the frost damage was so severe that some Brazilian coffee farmers may need to replant trees, meaning it could take them “up to three years to resume production”, said the BBC.

Already, the price of green coffee beans has reached “the highest level in almost seven years”, said Reuters, with the price of arabica and the bitter-tasting robusta coffee rising to multi-year highs.

But, added The Guardian, consumers are unlikely to have noticed “any immediate increase” in the cost of their cappuccinos, as most suppliers “have contracts that are locked in for six months”. The picture will be clearer in early 2022, when the full result of Brazil’s harvest is known and there is more clarity surrounding Vietnam’s Covid situation.

A rise in coffee prices will increase food bills at a time when many consumers are struggling financially as a result of the pandemic: by the end of 2020, 700,000 people in the UK had been plunged into hardship, reported The Big Issue. Since then, the situation has worsened. The UN food agency’s index of world food prices for July 2021 “showed a year-on-year rise of 31%”, said Reuters.