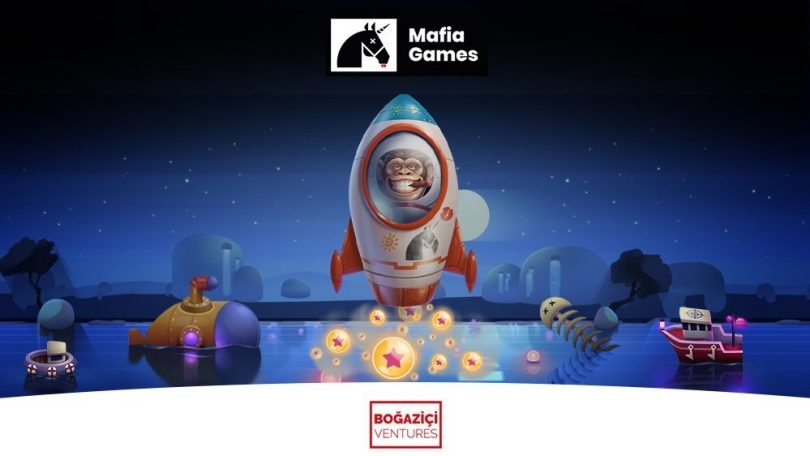 The Istanbul-based Boğaziçi Ventures (BV) Growth fund has announced it made a TL 3 million ($400,000) investment in Mafia Games, which focuses on luck and skill-based hybrid casual games. The Turkish gaming studio now aims to accelerate its global growth with this funding.

The successful exits that have taken place in the Turkish gaming industry in recent years have enabled it to rank among the top three in the European, Middle Eastern and African game development ecosystems.

What is more, more than 500 small and medium-sized game development studios have been established and the industry is growing rapidly with a strong flow of creative talents.

BV Growth fund has been investing in technologies that can rapidly scale in international markets, focusing on the fields of gaming, fintech, retail technologies and digital health.

The fund has been particularly interested in the growth-stage startups that are based in Turkey and have the potential to quickly expand to international markets.

Boğaziçi Ventures focuses on establishing and managing funds investing in technology companies in different verticals and geographies and creating a high level of added value for invested portfolio companies.

Having decided to invest in more than 100 technology companies, Boğaziçi Ventures partners take an active role in technology startups and accompany entrepreneurs on their way to international success.

Boğaziçi Ventures, and Mafia Games, which focuses on luck and skill-based games, have held investment talks at Clubhouse.

Founded by Fatih Polat and Serkan Aksu, two entrepreneurs with a long career in the gaming industry, and consisting of an 11-person team, Mafia Games is a local game studio that develops hybrid casual games based on luck and talent.

Boğaziçi Ventures and Mafia Games, which made the investment announcement at the event held every week at Clubhouse, hosted a conversation about gaming idea development, game design, game publishing, legal processes in the game industry and the gaming ecosystem in Turkey.

Burak Balık, one of the partners of Boğaziçi Ventures and a successful technology startup, serial investor and game industry expert, announced for the first time in the Clubhouse broadcast that Boğaziçi Ventures had invested TL 3 million in Mafia Games.

“As Boğaziçi Ventures, we usually look at whether we have common visions and dreams when investing in a startup. We were excited to see that we shared the same dreams in the investment negotiations we held with Mafia Games,” he said.

It was also stated in the broadcast that there are very few successful games in the world in the field of luck and skill-based games and that there is a great potential for success in this field.

“On the way we set out to take advantage of the opportunities we see in the global gaming industry, we will continue to grow stronger and move forward toward our goal with the investment of Boğaziçi Ventures,” Serkan Aksu, one of the founders of Mafia Games, said.

Working in the field of luck and skill-based games for many years, the Mafia Games team stated that working with mathematicians, economists and data scientists is the biggest factor that distinguishes them from other game studios due to the luck and skill-based factors in their games.