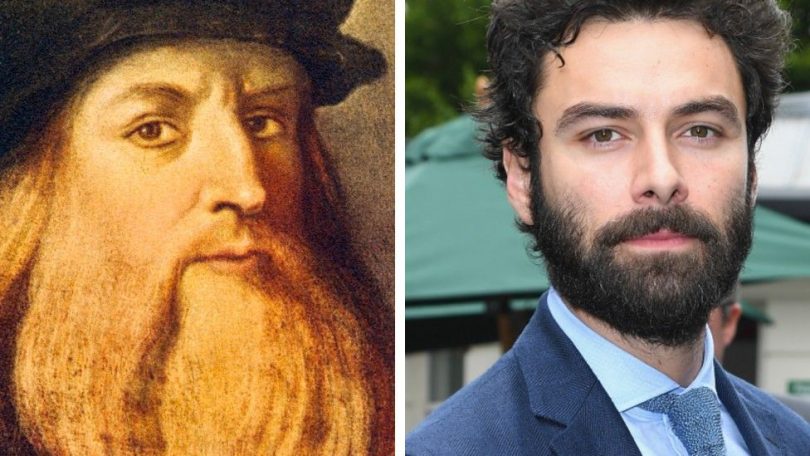 Poldark actor Aidan Turner has said he is “glad” that a new historical drama about Leonardo da Vinci reflects the artist’s sexuality.

In it, da Vinci is depicted as having male lovers. Some historians have argued he was gay or bisexual.

“It’s such a huge part of who he was” Turner told Leonardo: The Official Podcast.

“And his motivation for doing so much.”

The star agreed with podcast host Angellica Bell that discovering fresh perspectives on da Vinci’s life had also led to him “looking at his paintings slightly differently”.

“Once you realise the sexuality is such a huge part of any person, you know, to even contemplate not discussing the sexuality of a person is just mind-boggling.

“So I’m glad that’s something that, even from the early drafts of the scripts… that that was present in our story.”

The drama series, which is a love story and a murder mystery, explores what made da Vinci tick. Each of the eight episodes focuses on a different painting of his and the story behind it.

It also features Giancarlo Giannini as his master, Andrea del Verrocchio, and The Undoing star Matilda De Angelis as his muse – Caterina of Cremona.

Last month however, The Guardian claimed the relationship between the artist and his on-screen female muse rested on “virtually no historical evidence”. “Why can’t we accept that Da Vinci was gay?” asked its writer Jonathan Jones.

The polymath’s sexuality has been widely discussed down the centuries, including by psychoanalyst Sigmund Freud in his 1910 essay, Da Vinci, A Memory of His Childhood.

Court records, found at the start of the 1900s, showed that da Vinci was accused of alleged interaction with a male prostitute. But the case before Florentine magistrates in 1476 was thrown out due to lack of evidence.

The Evening Standard said the new series released on 16 April “plays fast and loose with historical fact – with mixed results”.

“We’re in a boom time for historical drama that doesn’t stick to the rules of the genre – just look at success stories like The Favourite and The Great,” wrote Katie Rosseinsky.

“Perhaps that’s why the show’s creators decided to shake things up. The end result, though, lacks cohesion – it feels more like a sketch than a masterpiece.”

Meanwhile, The Telegraph awarded three stars, describing the show as “stonkingly chaste Aidan Turner in Horrible Histories minus the laughs”.

Journalist Ed Power called it “a quick sketch rather than the fuller portrait one of history’s greatest minds surely merits.”