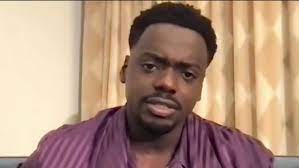 List of winners for the 27th Screen Actors Guild Awards, presented Sunday in a virtual ceremony:

Actor in a TV movie or miniseries: Mark Ruffalo, “I Know This Much is True.”

Female actor in a TV movie or miniseries: Anya Taylor-Joy, “The Queen’s Gambit”

Female actor in a drama series: Gillian Anderson, “The Crown”

Ensemble in a drama series: “The Crown”