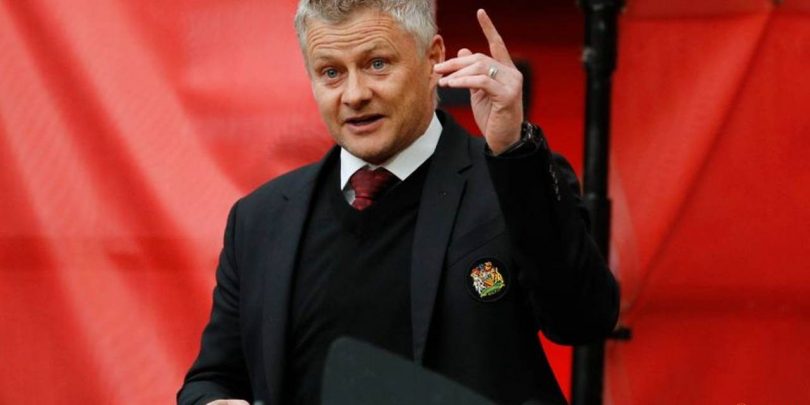 Thousands of supporters demonstrated against the Glazer family’s ownership at Old Trafford and the team hotel prior to the Premier League game.

Police say six officers were injured during the protests, which also saw around 200 fans break into the stadium. “It was a difficult day for us,” Solskjaer said on Wednesday.

“Of course we wanted to play. We wanted to beat Liverpool for the fans because our job has to be getting good performances and good results on the pitch.” The Norwegian, 48, added: “That’s the players’ focus, that’s my focus but, as I said before the game, we have to listen.

“We have to hear the fans’ voice. It’s everyone’s right to protest. It has to be in a civilised manner, though. It has to be in a peaceful manner. Unfortunately, when you break in, when police officers get injured, scarred for life, that’s too far. That’s one step too far.

“When it gets out of hand like this, it’s a police matter. It’s not about showing your opinions anymore.” On Tuesday, a 28-year-old man was charged with throwing fireworks in a street and using threatening behaviour during the protests at Salford’s Lowry Hotel, where the Manchester United team were staying.

Sunday’s game against rivals Liverpool, which had been scheduled to kick off at 16:30 BST, was the first Premier League match to be postponed because of fan protests. It follows United’s decision – along with five other English clubs – to join the European Super League (ESL) last month, before subsequently all pulling out.

However, United fans have protested against the US-based Glazer family’s ownership since their leveraged takeover in 2005. It was the third demonstration against the club’s owners in recent days, after fans gathered at Old Trafford the previous weekend and others entered the club’s training ground on 22 April.

Solskjaer was speaking before United’s Europa League semi-final second leg against Serie A side Roma. His side are in firm control following a 6-2 first leg win as they look to secure the first final of his tenure. “My focus has to be on the results, but you don’t really need to be a rocket scientist to see that we have challenges and frictions and things that have to be dealt with within communication,” the Norwegian said “I think the players have done terrific to be where they are. I would be sad if all the good work the players have done is disrupted, so our focus is on playing well and getting through to a final now.”