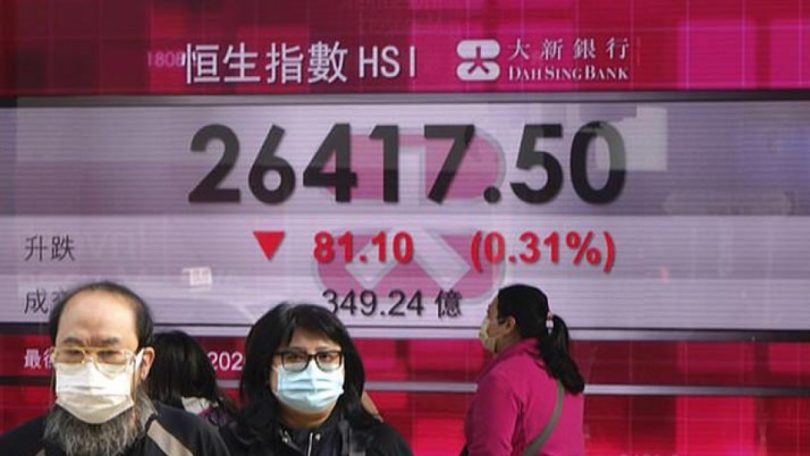 HONG KONG (AFP/ APP): Asian markets fluctuated Friday as investors battled to track a rally on Wall Street that came in response to another positive read on US jobless claims, while sentiment continues to be driven by inflation fears and optimism over the economic recovery.

The week was set to end on a mixed note despite data showing the number of people applying for US unemployment benefits fell for a third straight week to a new pandemic-era low, reinforcing expectations the recovery was well on track, helped by huge government and central bank support.

All three main indexes on Wall Street rallied, with investors for now putting aside their concerns that the expected surge in activity fuelled by reopenings and vaccines will cause prices to rocket and force the Federal Reserve to wind back its ultra-loose monetary policies.

And markets have seemingly already come to accept that some members of the Fed are keen to start talking about the possibility of such moves as the economy improves, taking that as an indication that the outlook is bright.

“While inflation has been the star of the show, keep in mind that the Fed’s mandate is twofold, with employment as the other side,” said Mike Loewengart of E*Trade Financial.

“The jobless claims read shows once again that we’re heading in the right direction, but we’re a ways away from where we were pre-pandemic.”
Tokyo, Sydney, Singapore, Wellington, Taipei, Manila, Mumbai and Bangkok all rose but there were losses in Hong Kong, Seoul, Shanghai and Jakarta.

London rose at the open as data showed British retail sales soared a forecast-beating 9.2 percent in April as the economy reopened after months of lockdown.
Paris and Frankfurt also edged up.

“Inflationistas like myself will have to beat an orderly retreat for now, and with inflation fears ebbing, equity markets may resume rallying,” said OANDA’s Jeffrey Halley.
“I, for one, won’t miss the day-to-day, herd-like, mindless tail-chasing we have seen in equity markets and others over the past fortnight.”

Investors are also keeping their eyes on spiking virus infections in several countries that are forcing some governments to impose fresh, economically damaging containment measures.

Oil prices edged up but struggled to rebound from recent selling pressure that has come on the back of signs that the Iran nuclear deal could be back on.
The European Union has talked up hopes negotiations involving Russia, China and the United States can succeed.

Indirect talks between Washington and Tehran have been taking place in Vienna since early April, with the other five countries signatory to the deal acting as intermediaries.

Iran has said discussions are moving in the right direction, while a US official said they were “positive and we saw meaningful progress”.

Crude has been sold off as a fresh agreement would likely see Iran turning the taps back on, ramping up supplies on the world market.

“I suspect prices are likely to remain under pressure until there is some clarity around US sanctions relief on Iran oil,” Daniel Hynes, at Australia and New Zealand Banking Group, said.

Both main contracts are down around seven percent in the past three days.