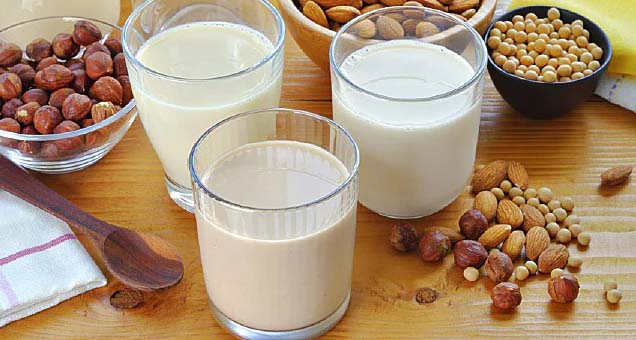 When Lesley Solomon’s son was 10 year’s old, he was standing in an unlucky spot on the playground when a schoolmate kicked over a cup of hot chocolate sending droplets flying into the air. For the young boy with a severe milk allergy, the splattering of hot liquid was less of a hazard for him than the dairy stirred into the drink.

Solomon’s son quickly washed the fluids off his clothes and skin, took some Benadryl, and called his parents. But on the car ride home, his throat began to close and his pulse raced. It was one of about a dozen times he has needed an epinephrine injection, which increases blood flow, reduces swelling, and reverses anaphylaxis.

“Until you see a child going through that anaphylaxis and not being able to breathe, or throwing up so much that they can’t breathe, you don’t understand” how serious food allergies can be, said Solomon, who is also senior vice president and chief innovation officer of the Dana-Farber Cancer Institute in Boston, and cofounder of the Food Allergy Science Initiative, an independent nonprofit that funds food-allergy research.

The rate of children hospitalized for food-induced anaphylaxis rose by 25% from 2006 to 2012 — from 1.2 to 1.5 per 100,000 — according to a 2019 analysis of data from pediatric hospitals in the United States. And severe symptoms were more often linked to milk than to peanuts or tree nuts, the study showed.

“Cow’s milk allergy is the most distressing of the food allergies. Many people are unaware that it can cause anaphylaxis that is so severe,” said Carla Davis, MD, director of the food allergy program at the Texas Children’s Hospital in Houston. “People do not think about how much of this is in our food.”

And cow’s milk was shown to be the food allergy most likely to lead to death in school-aged children in the United Kingdom, according to an analysis of national data reported by Medscape.

Lack of awareness is what makes milk allergy so dangerous, says Paul Turner, PhD, from Imperial College London, who was involved in the British analysis. “We need to get that information out to the public and businesses so they take the same level of care that they have with nuts, and when someone says they have milk allergy, they take it seriously.”

In food allergy, the body treats certain proteins such as casein and whey in milk as invaders, mounting an immune response. Antibodies known as immunoglobulin (Ig)E, which normally protect against bacteria, viruses, and parasites, trigger inflammation, the release of histamine, and can lead to symptoms, typically within minutes, ranging from rash and swelling to vomiting, difficulty swallowing, and difficulty breathing.

So, the very thing that makes milk a healthy choice for kids — its high protein content — can cause serious reactions in a small portion of children and adults. “You don’t need much milk to get a decent dose” of the allergen, Turner said.

The mechanisms of milk allergy are complex, even compared with other food allergens. It can be detected with a skin-prick test or blood test, but some people have positive results even though they are not allergic. To complicate things further, people can also have a milk allergy that cannot be detected with testing and can lead to symptoms that emerge hours or even days after exposure.

Unfortunately, milk allergy is often confused with a milk-related digestive problem. Globally, about 70% of people lack the enzyme to break down the sugar in milk; the condition, known as lactose intolerance, can cause bloating, abdominal cramps, and diarrhea, but is not life-threatening.

“Because lactose intolerance is so common, people don’t think of milk allergy as something that can be significant or severe,” said Ruchi Gupta, MD, director of the Center for Food Allergy and Asthma Research at the Northwestern University Feinberg School of Medicine in Chicago.

In babies, colic, the regurgitation of milk-based formula, and rash are sometimes misinterpreted as a milk allergy, leading parents to unnecessarily buy expensive, specialized formula.

Frustrated by a lack of data about food allergies, Gupta and her colleagues launched a nationally representative survey of 38,480 American parents in 2009, which was updated in 2015 and 2016.

Yet about one-third of milk-allergic children in the study were 11 years and older. And among adults who self-reported symptoms, milk allergy was as common as peanut allergy (1.9% vs 1.8%). “We don’t know why milk allergy is becoming more persistent,” Gupta said. And, she warned, only 1 in 4 children with a milk allergy had a current prescription for an epinephrine autoinjector, compared with about 70% of children with peanut allergy.

Christine Olsen, MD, cofounder and chief executive officer of the food allergy initiative says this can’t be genetics alone. “There may be a genetic predisposition, but there must be something environmental” that has influenced the development of food allergies.

One theory is that the body’s natural defense against noxious substances includes an immune response, but this is disrupted in the modern world with processed foods, chemical additives, and hygienic surroundings.

Olson’s own son vomited when he had his first small taste of hummus as a baby; he is severely allergic to sesame. The immediacy of his bodily reaction made Olsen think that the response involved neurons, not just the immune system.

“If you think of the fact that some kids outgrow their allergies and some adults get allergies, that suggests there’s some lever that you can turn on and off,” said Olsen, who is also a radiation oncologist

Meanwhile, the approach to food-allergy prevention has been transformed by the Learning Early About Peanut Allergy (LEAP) study conducted in the United Kingdom. LEAP investigators randomly assigned 640 infants to ingest regular amounts of peanut or to avoid peanut products until they reached 5 years of age. The babies who had regular exposure to peanut from an early age were much less likely to develop a peanut allergy than those who avoided peanuts.

The National Institute of Allergy and Infectious Diseases revised its guidelines and now recommends that all babies be exposed to peanut-containing food at around 6 months of age; for high-risk babies, that can start as early as 4 months.