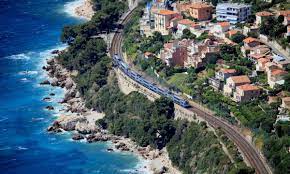 It’s hard to remember what life was like before the pandemic hit. A year and a half ago, 2019 was drawing to a close with something like a promise. It had been the year of Greta Thunberg, Extinction Rebellion and the school climate strikes, and the momentum was with climate activism. And 2020 promised to be the year of change.

Helped by Thunberg’s yacht journey across the Atlantic, the spotlight was on aviation’s role in the climate crisis. An airline ticket is about the most carbon-heavy thing consumers can buy, and for those of us fortunate enough to be able to access air travel, our flights can quickly put us among the top polluters in the world.

Personalities including John Humphrys drew attention for declaring they’d given up flying, but beyond the headlines a growing number of ordinary people were also quietly ditching plane trips. Enlightened countries, such as Sweden, saw a drop in air bookings, and rail provision rose across Europe. Much Better Adventures led the charge with Tourism Declares a Climate Emergency, a collective of outdoor and travel outfits taking action on the crisis. The travel pages of this paper drastically reduced the number of flights it took and wrote about.

It seemed that the zeitgeist was with climate action, giving hope to campaigns such as ours. Flight Free UK was born at the tail end of 2018, with a simple ask: pledge to take a year off flying to reduce emissions and inspire a shift in the narrative around aviation. Having been in the lonely flight-free club myself for more than a decade, I was finally connecting with lots of others making the same choice. We went into 2020 with more than 6,000 signatures on our pledge. Along with climate activists across the world, we dared to hope that our time had come.

Then Covid came along and stole the headlines. It was certainly a year of change – just not at all what we had imagined. Flight Free 2020 turned out to be a lot more flight-free than we could ever have anticipated.

The shackles of lockdown saw two distinct behaviours emerge: pent-up demand for travel led to the emergence of “flights to nowhere”, a ghastly illustration of our addiction to flying; but people also started to appreciate their own neighbourhoods. After months of being cooped up, a swim in the Serpentine could feel as freeing as a dip in the Med. The simple pleasure of walking in UK woods can, with the right attitude, be as eye-opening as trekking in the Atlas mountains. Perhaps being forced to stay put showed us that we don’t have to go far to have a good time.

Travel pages have long extolled the virtue of holidaying in your own country but, now compelled to do so, many more people swapped the beaches of Europe for UK ones. My favourite quote from 2020 was someone texting Radio 2 saying: “Usually we’d be in Zante – but we couldn’t have asked for a better holiday in Whitby.”

It remains to be seen what effect the Covid crisis will have on our long-term flying habits. According to a YouGov poll, 30% of people plan to fly less after Covid, and only 15% plan to fly more. That may have more to do with coronavirus than climate concern, but now that there is the prospect of some freedom on the horizon, can we recapture that pre-Covid momentum?

Some travel companies are on board: in early 2020, Sunvil launched its first rail-only holiday to five Greek destinations , and Inntravel now has a team dedicated to arranging rail journeys instead of flights. Others, such as Intrepid Travel and Wilderness Travel, launched UK trips for the first time last year, and Byway Travel, a 100% flight-free travel agency, started taking bookings.

The government has yet to catch up, with multimillion-pound bailouts for airlines, Eurostar left floundering, a potential scrapping of air passenger duty, and yet more hikes in the cost of rail. There is no indication that the UK will follow the example set by France, which has scrapped air routes where a direct rail link of less than 2½ hours exists. The aviation industry is poised to ramp up operations as soon as restrictions are eased.

So let’s not let the misery of the pandemic get in the way of our climate ambitions. Now, more than ever, it’s imperative that we take action. We now know that 2020 was the hottest year on record, and the six hottest years ever recorded all occurred in the past decade.