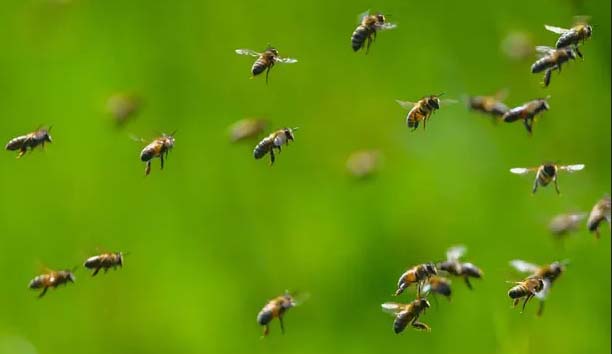 An attempt by Marks & Spencer to “do good for the environment” by releasing 30 million honeybees into the British countryside has backfired, with conservationists warning the initiative could damage ecosystems and deprive wild pollinators of valuable food sources.

The UK retailer has placed up to 1,000 beehives on 25 farms to produce single-estate honey for customers as part of its five-year Farming with Nature programme. The bees are in cedar beehives, many made in the 1930s, with plenty of nectar nearby, according to a company blog.

But the announcement has been met with dismay by some bee experts and conservationists. “Such and [sic] opportunity missed M&S, this is greenwashing or beewashing at its most blatant,” tweeted Gill Perkins, chief executive of the Bumblebee Conservation Trust.

Critics say M&S should focus on restoring native habitats instead of releasing millions of honeybees, which are just one of the nearly 270 bee species in the UK, many of which are in sharp decline. “They are actually ending up doing something that may damage the environment,” said Matt Shardlow, head of the conservation charity Buglife.

Globally, one in four known bee species have not been recorded since 1990, according to a study published earlier this year.

Prof Dave Goulson, a bumblebee specialist at the University of Sussex, tweeted: “Just adding more honeybees is not the answer to declining pollinator numbers! … Come on @marksandspencer, do your homework.”

A French study published in 2019 found that the spread of the European honeybee around the world threatens local biodiversity because they outcompete wild pollinators such as hoverflies, bumblebees and red mason bees.

“It’s not natural at all – it’s farming,” said Steven Falk, an ecologist and pollinator adviser. He said the announcement was worrying and the high street chain had got it “horribly wrong”.

“I would like to see it held to account for the needs of wild pollinators, which means more habitat and fewer hives,” he said. “There’s growing evidence if you saturate the landscape with honeybees, it has a profound impact and puts pressure on the wild pollinators.”

Globally, three-quarters of crops rely on insect pollination by insects or other animals. Honeybees only pollinate a third of crops in the UK, while two-thirds of crop pollination is carried out by wild pollinators. Many of California’s almond farms depend on imported commercial European honeybees to pollinate their crops, and this could be further undermining the ecosystem for rare bee species struggling to survive.

Research has found wild pollinators – of which there are about 6,000 in the UK – are twice as effective as honeybees in pollinating oilseed rape, coffee, almonds, tomatoes and strawberries. This is partly because insects, such as leaf-cutter and mason bees, collect dry, powdery pollen and spill more on flowers than honeybees, whose pollen is wetter and sticks better to their bodies.

An increase in densities of managed honeybees can also alter habitats because they only pollinate certain species of plant. “A number of bees specifically pollinate scabious flowers, or yellow loosestrife flowers or speedwell flowers, and the honeybee doesn’t pollinate a lot of flowers because it’s a generalist and goes for the big showy stuff,” said Shardlow.

M&S said releasing honeybees was just one element of its five-year Farming with Nature programme, which it expected to boost pollinator biodiversity.

“It is designed to help our Select Farmers become more resilient to the biggest environmental challenges they face and champion the uptake of nature-friendly farming practices,” an M&S spokesperson said.

“We are committed to sustainable farming that safeguards wild pollinators, including bumblebees and solitary bees, so we have placed our honeybee hives in very carefully selected areas, in small groups and more than two miles apart to avoid over-populating a particular area. None of our honeybees are imported.