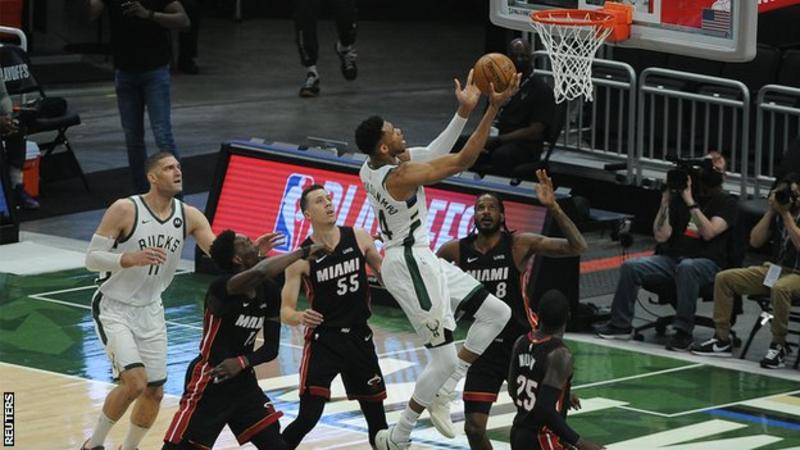 The Bucks scored 22 out of 53 three-point attempts in the 132-98 win. Bryn Forbes netted five threes in the first half and Giannis Antetokounmpo finished with 31 points.

Meanwhile, the Denver Nuggets bounced back to level their series 1-1 against the Portland Trail Blazers. Nikola Jokic scored 38 points while Michael Porter Jr had 18 in the 128-109 victory.

The Bucks dominated the first quarter of their match with their 10 three-pointers matching an NBA record for the most in a quarter, and their 26-point lead (46-20) matched the largest after the first quarter in post-season history.

They maintained a healthy lead after that as they cruised to victory with six players finishing in double-digits. “After game one I didn’t look at the stat sheet,” Antetokounmpo said. “At the end of the day, a win is a win. All I care about is winning the game, putting my team-mates in a position to win a game.

“It feels good when guys are knocking down shots. We were seeing the ball go in, we were making stops, it felt good. We’ve got to stay locked in for game three.”

Meanwhile, Los Angeles Lakers forward LeBron James will not face punishment for breaching NBA health and safety protocols by attending a promotional event, with the league saying he posed no risk of spreading Covid-19.

It was reported last week that James attended an outdoor photoshoot for his tequila brand with several celebrities before the Lakers’ 103-100 win over the Golden State Warriors and was photographed without a mask at the event.