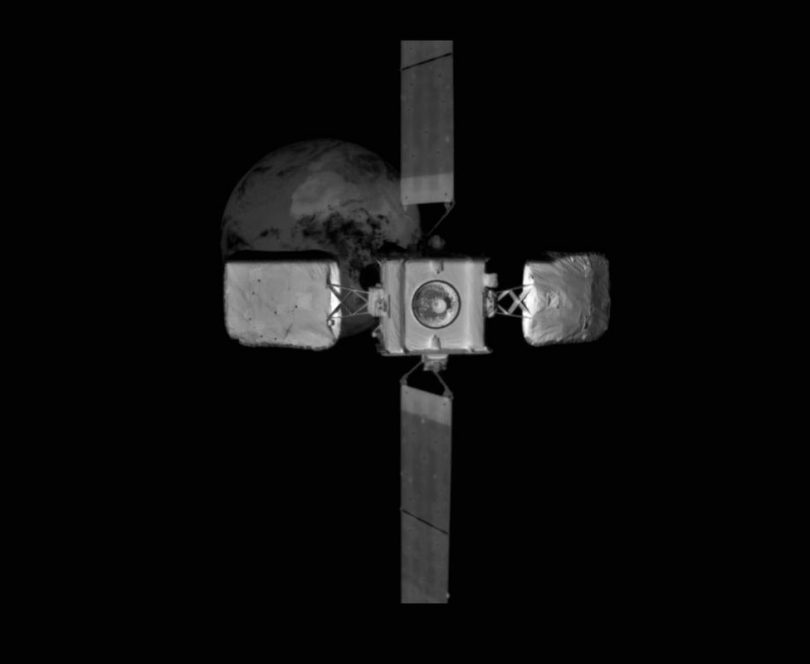 The ageing platform, Intelsat 10-02, which relays TV channels and other telecoms services, is getting very low on fuel after 17 years in orbit.

But that’s no longer a problem because the satellite that docked with IS-20-02 on Monday has plenty of propellant.

It will keep IS-20-02 pointing correctly at Earth and, after five years of operation, remove it safely to a disposal, “graveyard” altitude.

This is only the second time two commercial satellites have joined together in this way 36,000km above the planet.

The previous occasion was in February 2020.

That also involved a veteran, “running on empty” Intelsat spacecraft.

The mission extension vehicles (MEVs) on both occasions were provided by the Northrop Grumman Corporation and its subsidiary, SpaceLogistics LLC.

These vehicles attach themselves by driving a probe into the engine nozzle of their target satellite. A set of “fingers” then extends to lock the hardware in place.

The approach and grab is done autonomously.

After years of talking about the possibility of servicing spacecraft in orbit or towing them to new locations, or even pulling them out of the sky back to Earth – the satellite industry is finally starting to showcase the necessary capabilities.

Northrop Grumman intends to expand the basic “tug” concept offered by the MEVs to include vehicles capable of in-orbit repair and assembly.

Already it is working on systems that would feature not just simple docking probes but robotic arms to grab hold of satellites. Another option being developed is fuel pods that can be attached to satellites running low on fuel.

Last month, another company, Astroscale, launched a demonstration of its de-orbiting service. For a fee, the firm will go and fetch a defunct satellite and pull it to destruction in Earth’s atmosphere.

Astroscale, too, wants to broaden its services to in-orbit repair and assembly.

Intelsat 10-02 is positioned at 1 degree West. Its TV, broadband and telephone services are delivered to customers in Europe, Africa, the Middle East and South America.

Built by Airbus (Astrium), it was launched in 2004. The standard longevity for a telecoms satellite is about 15 years.