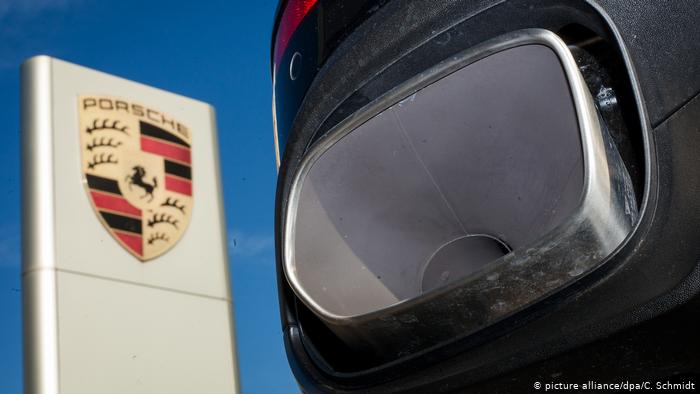 Although the German luxury carmaker is making huge investments in electromobility, Porsche says its cleaner synthetic fuel will allow older models of its performance car range to stay on the road for longer.

The transition to electric vehicles may be the auto industry’s main priority, but Porsche sees things a little differently despite investing billions of euros in electromobility.

With the German automaker’s existing range of luxury, high-performance models built to last, the firm is searching for greener ways to ensure they can stay on the roads amid pressure to reduce pollution from fossil fuels.

Enter electrofuels or eFuels as Porsche calls it — synthetic methanol gasoline that will be produced using green hydrogen, made with renewable energy. The fuel will burn the same as gasoline made from crude oil but without the huge greenhouse gas emissions. It can be sold at the existing network of filling stations globally and Porsche owners won’t need to get their engines modified.

Porsche spokesman Peter Gräve told DW its eFuels will “permit the almost climate-neutral operation of combustion-engine vehicles.” The carmaker recently said its electrofuels could cut CO2 emissions by more than 85% and is cleaner than an electric vehicle when factoring in the environmental impact ofbattery production.

In December, Porsche confirmed it would be the primary customer for the eFuels project and said it would invest €24 million ($28.6 million), along with a further €9 million from the German government. Last month, Porsche said the first fuel would be ready in 2022.

If fully rolled out, synthetic gasoline could help Porsche save millions of euros in European Union fines related to climate change goals.

EU nations agreed in 2014 that carmakers should limit CO2 emissions to 95 grams per kilometer across their entire model range by 2020. If not, they would face huge fines from this year.

While most carmakers have seen a huge growth in sales of cleaner electric and hybrid vehicles, their popularity has not been sufficient to meet the new criteria.

“The south of Chile offers a surplus of climate-friendly renewable energy. This is important for a favorable well-to-wheel balance of e-fuels,” Gräve added. Well-to-wheel is the assessment of the environmental impact of a product throughout its lifespan.

The wind power will produce green hydrogen by electrolysis, which will then be filtered to form synthetic methanol. The plant will initially produce 130,000 liters (34,300 gallons) in 2022 rising to 550 million by 2026.

Gräve told DW that the fuel would initially be used in Porsche’s motorsports activities, amid rumors that the sports carmaker may even reenter Formula 1 following a 30-year absence. F1 has committed to making synthetic fuels a part of the sport by 2025. If the pilot project is successful, the fuel would also be rolled out to its existing model range.

“In the medium term, e-fuels have the potential to link the future with tradition,” he predicted. Current estimates suggest that tens of millions of combustion engine vehicles will still be on the road in 2040.

Porsche is not the first to commit to e-fuels. In 2015, Audi said it would expand production of a sustainable synthetic diesel fuel after producing its first batch. Mercedes, on the other hand, said last year that e-fuel is not a viable option in the face of a move to electric vehicles.

Other synthetic fuels can be obtained from coal, natural gas or biomass feedstocks and can be produced through several methods.

In January, Chinese scientists said they had created synthetic fuel literally out of thin air, by using the ambient temperature change over the course of a day to generate sustainable electricity, which can then be used to make methanol.

Porsche clarified that its investment in the production of eFuels would not replace its transition to electromobility.

“Electric mobility continues to have the highest priority at Porsche,” Gräve insisted, adding that the company sees eFuels as a useful complement to its electric strategy.

Porsche said in its 2020 financial report that it aims that 50% of its model range will be electric or hybrid by 2025.

By 2024, it plans to invest around €10 billion in the hybridization, electrification and digitalization of its cars. After the launch of the electric Taycan in April. 2019, it followed up this week with an e-derivative, the Cross Turismo. The Macan compact SUV will be launched next year.

Last month, German media reported that parent company Volkswagen was considering a listing for Porsche to further boost the ability to invest in software and electric vehicles.

German business monthly business magazine, Manager Magazin, said as much as 25% of Porsche could be listed, a stake that could be worth up to €25 billion, but that the IPO would not likely happen in 2021.