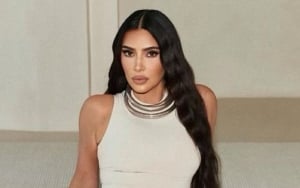 LOS ANGELES: Kim Kardashian has filed for a restraining order against man after he sent her a package.

According to TMZ, the Skims founder filed the order against Nicholas Costanza after he sent her a diamond ring and Plan B in a package.

In the filing, it alleges that the stalker “has shown up to her property a handful of times this year, including once in February, and then again in late May”.

Furthermore, he also “sprung up at her gated community, telling guards he was there to pick her up for dinner on one occasion”.

The outlet reported that Nicholas has been “obsessing over her online by posting a bogus marriage certificate and bizarre messages”.

A judge has taken the Keeping Up With the Kardashian star’s allegations into consideration and granted her a temporary restraining order in which Nicholas has been ordered to stay 100 yards away from the star with no contact.