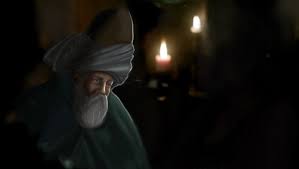 Authorities will begin rebuilding a learning complex believed to be the home of Rumi.

In the northern Afghan city of Balkh, Afghan authorities are planning to rebuild a 13th century complex that was believed to be home to one of the world’s most famous poets and mystics, Jalaluddin Rumi.

Rumi was born in Balkh in 1207, and the learning site – which originally comprised a mosque, monastery and madrassah – belonged to his father, the prominent theologian Bahauddin Walad (or as Afghans know him, Sultan Al Ulema).

Construction work is slated to begin this week, according to the country’s Ministry of Information and Culture.

“From this week onwards, restoration on the complex will start,” Murtaza Azizi, the Ministry’s acting director in the Tourism Directorate, told The National.

“The complex was originally constructed using mud and clay and is now in a state of disrepair,” Azizi said. He added that the project’s budget had not been publicly disclosed, but that the presidential affairs department has underwritten the project.

Matiullah Karimi, head of the Information and Culture Centre in Balkh, estimated the restoration project would cost $7 million, which will be covered by the Afghan government.

“A portion of a massive mud-built dome and four smaller ones are the only things left from the monastery,” Karimi told Arab News.

At the moment, there is no fixed completion date.

“Once lasting peace comes to our country, we are eager to share this heritage with the world,” Azizi said. “We hope our tourism industry – and with it, the economy – will grow not only in Balkh, but all over Afghanistan.”

Afghan deputy information minister Shivaye Sharq said that the site “will be rebuilt in a classic and traditional manner” and that “with the revival of the monastery, we hope to introduce people to a lost treasure”. There will also be a museum, a sama dance studio, a cultural salon, library and a garden.

Previously, Turkey under the direction of the Turkish International Cooperation and Coordination Agency (TIKA) attempted to repair and restore the complex. But it was never completed.

Rumi’s family left Balkh in 1210, and the prosperous northwestern town of the provincial capital Mazar-e Sharif was devastated by the Mongols in 1220. It took centuries to rebuild the city, but the learning site remained in ruins.

Later Rumi would travel to Iran, Iraq and Syria before spending the majority of his life in Turkey, where he died in 1273. He was buried in Konya, where his shrine remains a site of pilgrimage.

In Afghanistan, Rumi is popularly referred to as “Maulana,” literally meaning “our master” but is usually a title given to respected Muslim scholars or leaders. His followers and son Sultan Walad founded the Mevlevi Order, known as the Order of the Whirling Dervishes, famous for its Sufi dance called the sama ceremony.

War-torn Afghanistan has made efforts to revive the country’s rich cultural heritage, which have otherwise been neglected or caught in the crosshairs of conflict.

Two weeks ago in the form of a 3D projection, Afghans commemorated the twentieth anniversary of the destruction of the giant Bamiyan Buddha statues, which were blown up by the Taliban in 2001.