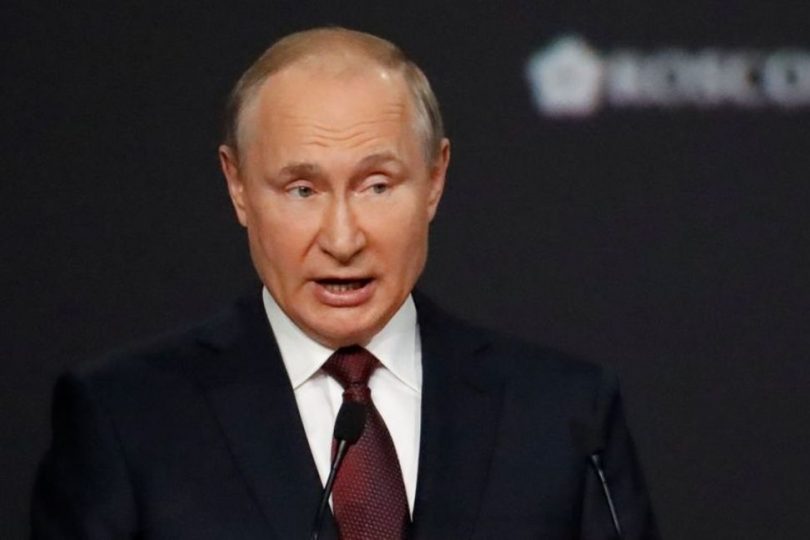 MOSCOW (TASS): Russian President Vladimir Putin has signed a law to officially withdraw Russia from the Treaty on Open Skies, the document was published on the official portal of legal information on Monday.

On May 19, Russia’s lower house of parliament unanimously adopted the bill. The upper house followed suit on June 2 as the chamber unanimously approved the measure as well.

On May 27, US Deputy Secretary of State Wendy Sherman notified her Russian counterpart Sergey Ryabkov about Washington’s decision not to rejoin the treaty. According to the senior Russian diplomat, Moscow is not planning to change its position regarding the Treaty on Open Skies in favor of Washington.

Washington withdrew from the Treaty on Open Skies in November 2020, citing Moscow’s alleged breaches of its clauses. On January 15, the Russian Foreign Ministry announced that Russia was launching domestic procedures to withdraw from the Treaty on Open Skies, justifying this step by a lack of progress in removing obstacles in order for the treaty to remain effective after Washington’s pullout. In April, the US Department of State announced that US authorities have not yet made a decision to return to the treaty. Washington has blamed Moscow for years for selectively adhering to the Treaty on Open Skies and violating a number of its provisions. Russia, in turn, has expressed grievances over Washington’s implementation of the treaty.

The Treaty on Open Skies was signed in March 1992 in Helsinki by 27 member nations of the Organization for Security and Cooperation in Europe (OSCE), known as the Conference on Security and Cooperation in Europe (CSCE) before 1995. The main purposes of the open skies regime are to develop transparency, render assistance in monitoring compliance with the existing or future arms control agreements, broaden possibilities for preventing and managing crises. The treaty establishes a program of unarmed aerial surveillance flights over the entire territory of its participants.